A couple in California awoke on Sunday, March 18 2013, to find that a huge sinkhole had swallowed the pond in their backyard. Homeowner Mark Korb, who lives at the property with his wife, said that the hole had drained the pond behind his Newcastle home in just five hours. Previously it had taken seven days to empty the same volume of water. – KCRA

A sinkhole is a hole that opens up suddenly in the ground. They mostly occur because of erosion, underground water that gathers naturally or due to man-made activities. Learn more about sinkholes here. 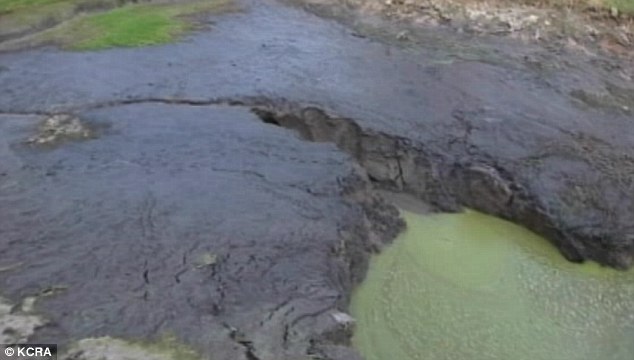 Remember: Last month, a man died after a 20ft sinkhole opened beneath his family home in Florida. Jeff Bush, 37, was in his bedroom in Seffner on February 28 when the earth opened and took him and everything else in his room. Five others in the house escape unharmed. The family home was also demolished because of the danger. Here a link to this story. 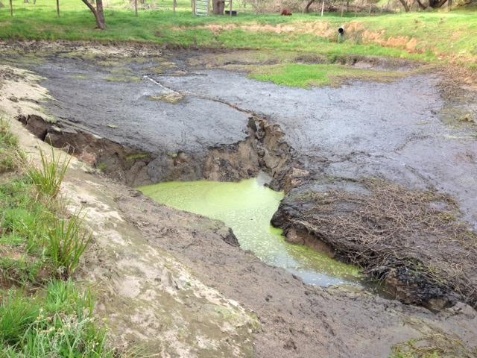