These are satellite image radar just before a great thunderstorm in Oklahoma City. They show what meteorologists call a THREE BODY SCATTER SPIKE. 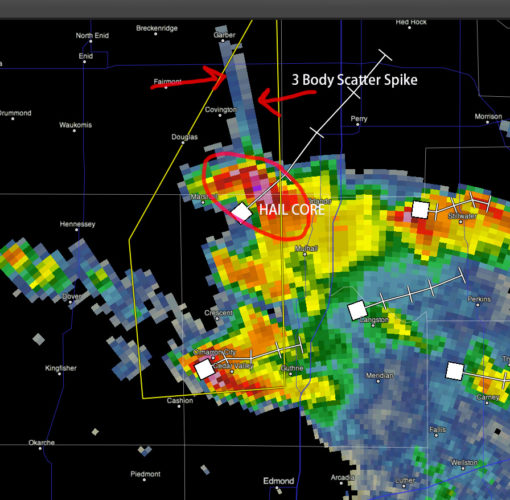 This is a false echo that is caused by large hail (coated in water) bouncing the radar beam down to the ground, back to the hail, and then back to the radar. Ice, with a film of water, around it makes a very good reflector of radar imagery and this is also why we see very high reflectivity values in the core of the storm. 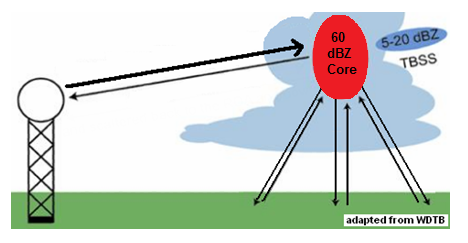 This extra distance the radar beam travels shows up as spike behind the hail core of a thunderstorm. You usually only see these in cases of very large hail. In this case there were widespread reports of hail the size of baseballs!

Here is another 3 body scatter spike near El Reno Oklahoma a couple of hours earlier: 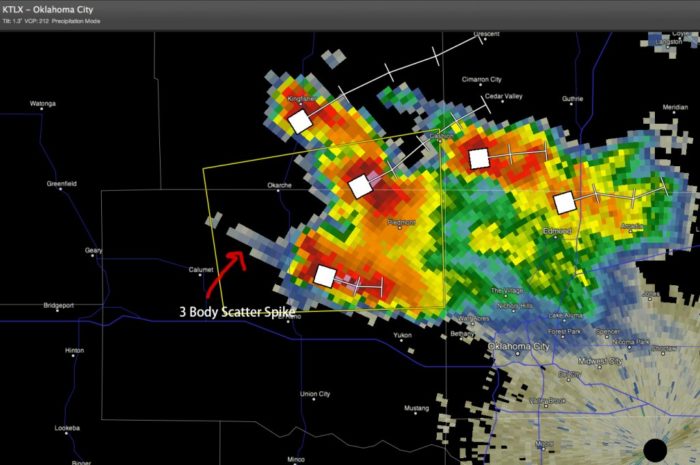 Watch this amazing movie of a hailstorm on March 19 2013: