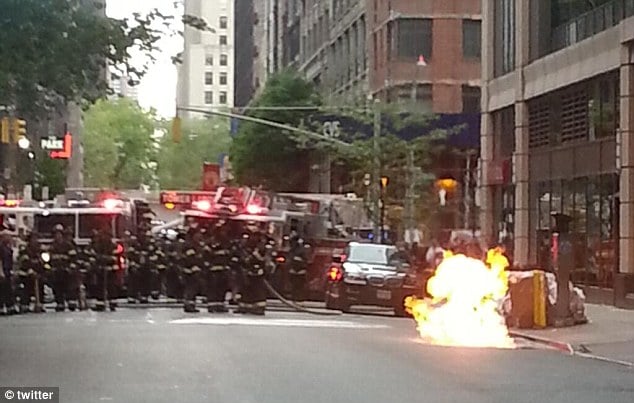 This video records the terrifying moment FLAMES shoot out of manhole on a New York street.

Although still unexplained, the explosion’s origin is thought to be an underground transformer fire (electrical wires?) which sent flames shooting into the air on a midtown Manhattan street on Thursday on 25th Street between Sixth and Seventh Avenue, near Madison Square Park. Residents and passers-by on a Manhattan street were terrified when the manhole exploded sending flames shooting several feet into the air.

Neither evacuations nor injuries. The street was temporarily shut down to let firefighters deal with the blaze.