These images are probably making lot of noise in the chemtrail community.

So what is this odd black line in the sky over Honeymoon Island, Florida? Contrails? Chemtrails? Shadows? 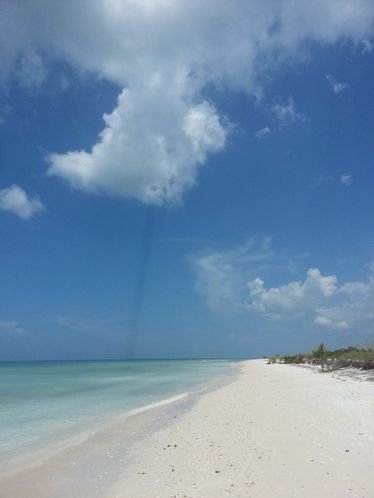 It looks like a beam coming from above, like descending from the sky, behind a cloud, to the sea. Impressive and up to now remains unexplained. 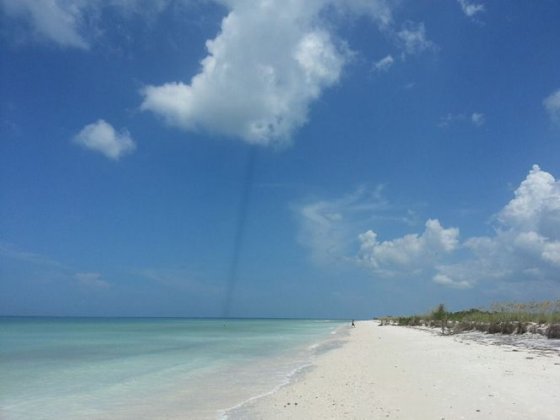 Well, I searched quite a long time to discover what this weird sky phenomenon could be!

After looking on websites about chemtrails I actually figured out that people who think persistent contrails indicate some kind of conspiracy (which they call “chemtrails”), sometimes point to the “dark lines” that sometimes accompany contrails.

Since they can’t immediately think of why these dark lines should be there, they assume it’s part of the conspiracy. Either there is some kind of “dark chemtrail”, or the plane is projecting a dark beam of some kind of negative energy, or it is following a dark beam.

In this second great video of a space shuttle launch, a dark shadow forms in the last 30 seconds:

But in reality these “dark lines” or “black beams” are simply various kinds of shadows. There are actually three main kinds of dark line related to contrails: 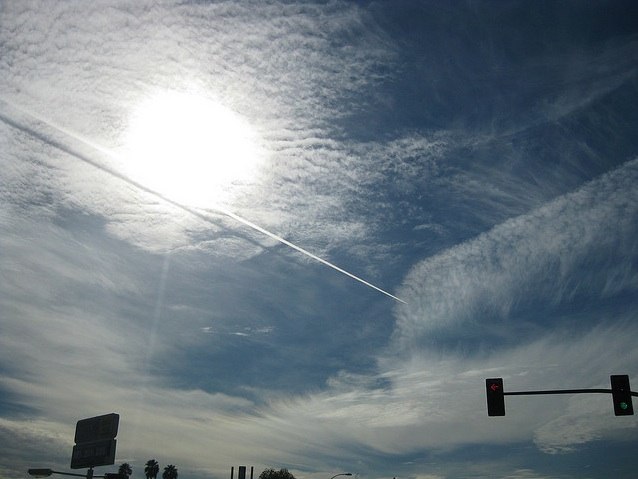 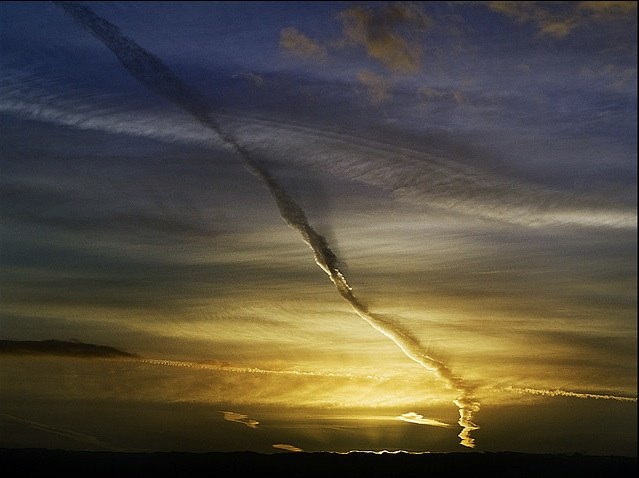 Well looking at the videos and at the different pictures, I pretty much think that the dark line (two first pictures of this post) photographed in the sky over the Honeymoon Island was a so-called edge shadow.

What’s your opinion about these weird lines in the sky?