Sometimes weather transforms a quiet and peaceful region into an apocalyptic landscape! 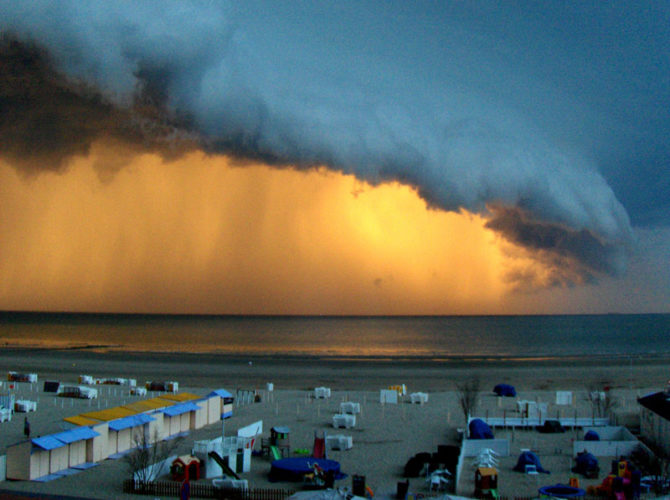 A terrible storm hit Knokke-Heist on August 5, 2013. Panicked, vacationers fled from the beach and the peer just before the arrival of this impressive cloud mass that literally cut the sky in two.

This video shows the violence of the weather phenomenon. You can hear children screaming, people shouting. It must have been really frightening!

Impressive, isn’t it? Although the violent storm lasted only few minutes, the strong accompagnying winds caused some damage in the region, including at the stadium of the football club of Lierse.

What about thisstorm in Brisbane?