What are these weird concrete constructions found in Greatstone?

The Sound Mirrors, also known as Acoustic Mirrors, Concrete Dishes or Listening Ears, were built in the 1920s and 1930s as part of an early warning system for Britain to detect enemy aircraft. 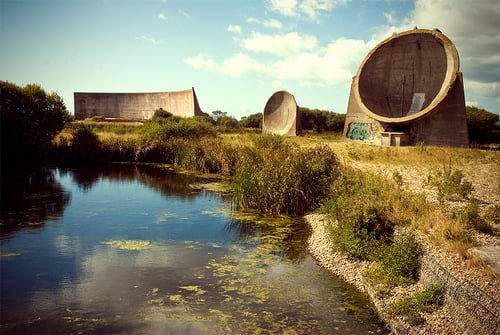 Their parabolic shape collected and magnified sound waves in the air over the English Channel and directed them at a microphone positioned just in front of the parabola. Anti-aircraft defenses were then deployed. The mirrors effectively gave Britain a fifteen-minute advance warning of an impending attack.

These three concrete “listening ears” range in size from 20 to 200 feet in size: a 200-foot-long curved wall, 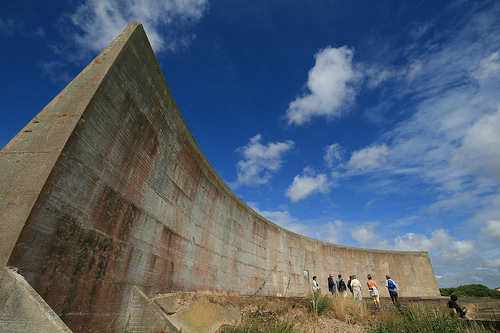 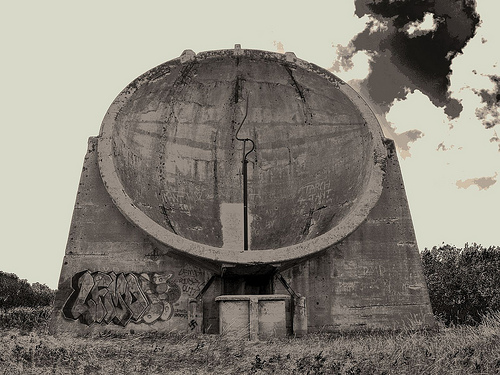 and a smaller 20-foot-tall shallow dish. 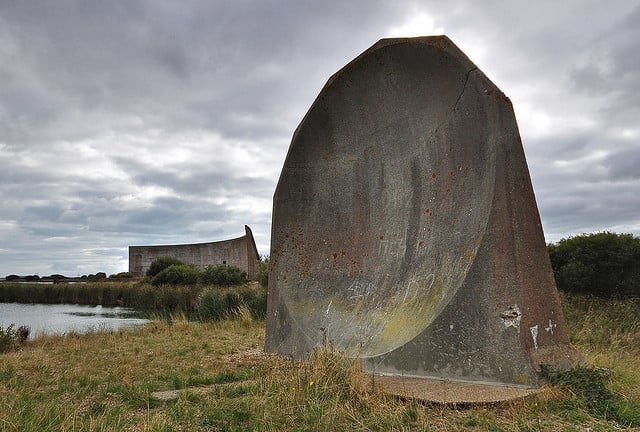 The 20ft Sound Mirror by Peeteekayy

There were three designs of mirrors and all three can be seen in Greatstone, located in the north east side of the Dungeness Nature Reserve. The structures are now a scheduled ancient monument but some use them for fun:

For more pictures, look here. Follow this great link to find out more about the Sound Mirrors.