The towering Helmcken Falls in the Wells Gray Provicial Park in British Columbia is believed to be one of the toughest climbs in the world and stands at 463ft tall.

463-foot are almost three times the height of the Niagara Falls, half the size of the Chrysler Building or almost half of the Eiffel Tower in Paris (1,063 ft)! Just look at the size of that helicopter and these ice climbers (bottom left).

And what do you think about the size of these icicles? Pretty deadly, no?

But despite freezing ice spray from the waterfall, British climber Tim Emmett, Raphael Slawinski, from Canada, and Klemen Premrl, from Slovenia, conquered the notorious ice climb. Terrifying pictures, aren’t they?

This video showcases Will Gadd, Raphael Slawinski, Klemen Premrl, and Tim Emmett working on a new route in Helmcken Falls, British Columbia, Canada, caught on camera by Wiktor Skupinski. This cave holds some of the wildest-looking and steepest ice climbing in the world.

Check out more pictures of this amazing frozen waterfalls at Viktoria Haack and Jaclyn Tanemura websites as well as here.

Wanna have a try too? 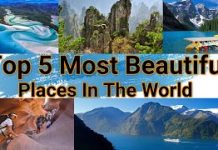 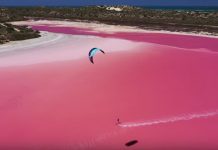 Kite surfing on a pink lagoon is just out of this world! 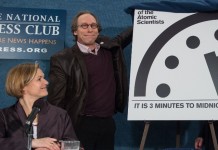 The doomsday clock remains at 3 minutes to midnight 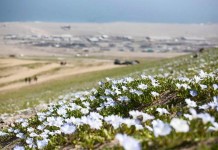 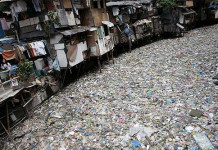 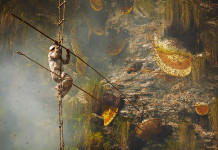 Do you Think you Have a Hard Job? Discover The Ancient Tradition of Himalayan Honey Hunting in Nepal (PHOTO AND VIDEO) 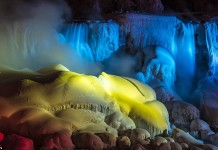 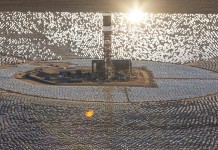 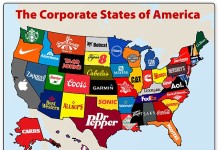