Last year, I posted a map showing active US nuclear reactors and fault lines. According to the US Department of Energy, the Hanford Nuclear Reservation, America’s most contaminated nuclear site, has to be moved because it is vulnerable to quakes.

The Hanford Nuclear Reservation is today America’s most contaminated nuclear site. As already exposed in a previous posts, the nuclear waste tanks, where about 1,936 capsules of various highly dangerous nuclear products are stored, are getting old (9 years beyond its design life) and one of them starts leaking. But this is not everything! According to a new US government report, the Waste Encapsulation and Storage Facility (WESF) is not safe anymore:

The March 2011 tsunami and subsequent events at the Fukushima Dai-Ichi Nuclear Power Plant in Okuma and Futaba, Japan highlighted the vulnerabilities to nuclear facilities from possible seismic and natural disasters that are more severe than the facilities’ original design, or “beyond design threats.” One possible threat is a severe earthquake that may result in loss of power and/or loss of water in the WESF pool.

And this would result in a gigantic radioactive storm! Last November, another study demonstrated that the Columbia Generating Station situated on the Hanford Nuclear Site was not designed to handle updated earthquake risks:

Do you want this waste around your place?

The energy department is now looking for a new permanent spot before… They set 2048 as limit. So there’s still plenty of time for a nuclear disaster.

This video is a small documentary about the Hanford nuclear site, its history from local tribe members to environmental issues: 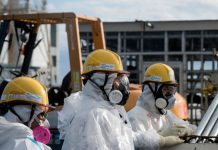 This Is How the Coronavirus Could Affect Fukushima Dismantling 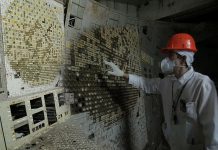 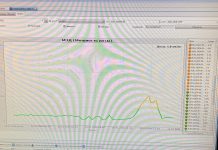