Mystery booms and rumblings were felt simultaneously across England and in Lockport, New York, on November 30, 2014

Although still unknown, scientists link the source of the US rattling explosions to a quake! Frost quakes! 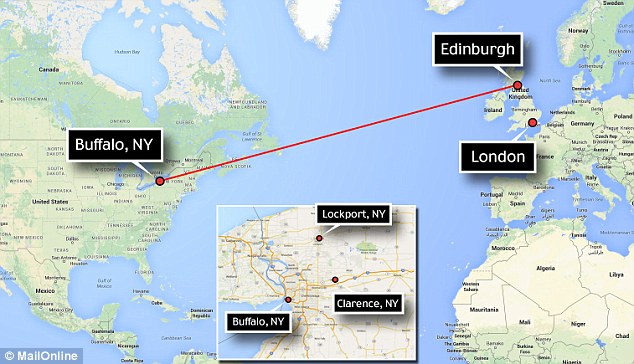 Nobody knows what created the still mysterious booms that rattled UK and Lockport, NY simoultaneously on November 30, 2014.

But a small earthquake shook Lockport at about the same time that loud booms rattled windows in the area. So both may be definitively related:

A mysterious boom was heard before a small WNY earthquake in November. Were they related? A UB geologist answers: pic.twitter.com/hcQcERymO7

Scientists say it’s impossible to know for sure what caused the boom, but based on conversations with seismologists, engineers and other professionals the ice quake most likely caused it.

The cluster of reported booms and timing close to the acknowledged seismic event could mean they represent small rock ruptures associated in a general way to the quake.

The booms have made news beyond the boundaries of Western New York. Shortly after the booms were reported here, 3,000 miles away parts of England also were shaken by loud noises that sounded like fireworks, leading to online theories about larger upcoming geological events, flights of super-secret super-sonic aircraft or a meteor breaking up.