SoCal is experiencing an unusual snow storm and snow has officially been reported in Las Vegas. And then some still argue there is no climate change! LOL!

Snowfall and wind gusts created messy conditions on the road across the Los Angeles region.

136 people were rescued on State Highway 138 near the communities of Crestline and Mount Baldy, about 50 miles from Los Angeles.

Here another video of this amazing snow apocalypse in SoCal…

That’s for everybody around the world who believe it doesn’t snow in Arizona. Call me crazy, but this looks a lot like snow. And it’s unaccustomed:

And yes, it snowed in Las Vegas!

And what about this thin snow blanket just outside MaCarran Airport in Las Vegas:

The unusual snow comes courtesy of an intense upper level low pressure system cycling across the Southwest, being fed by the frigid cold air mass to the north and northeast. With the exception of Florida, the entire Lower 48 is experiencing colder than normal temperatures. The average morning temperature across the Lower 48 was just 14 degrees. This is the coldest December morning for the lower 48 in 16 years, since December 23, 1998.

A few months ago, the driest place on Earth was covered by unusual snow. Weird! 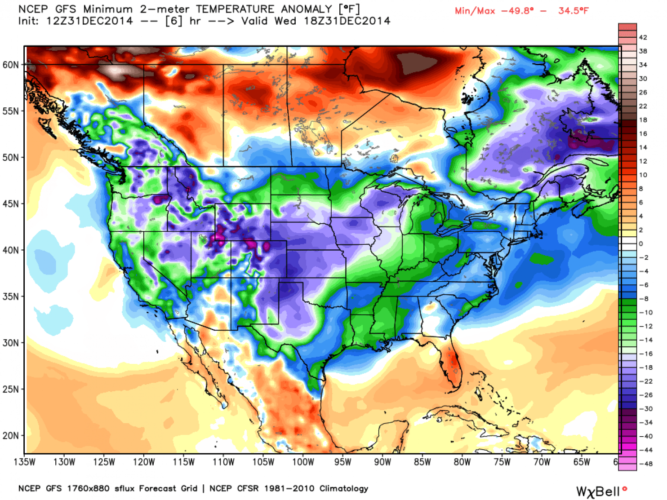 Let’s hope that the snow storm will also reach Northern California to diminish the ongoing drought.