Watch the amazing pictures and videos below!

Multiple intense hailstorms hit the eastern and southern suburbs of Sydney from 4 pm to 7 pm. Yes three hours of apocalypse! 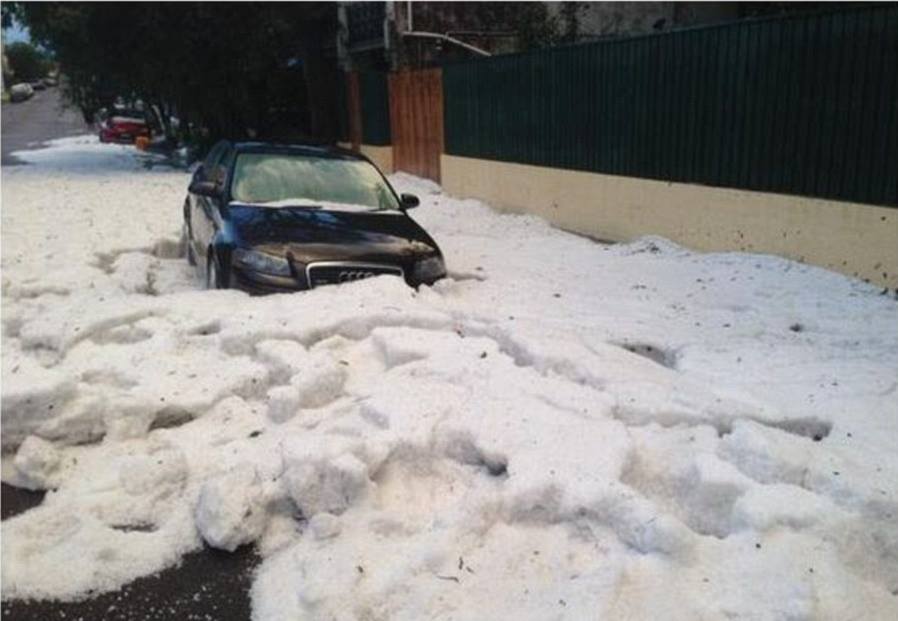 Hailstones measuring between 1-2cm were reported from Newtown to Mt Druitt. 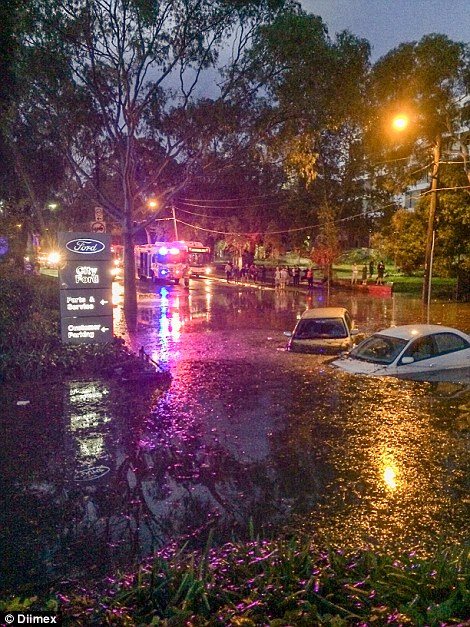 The storm blanketed five warehouses at an industrial estate in Huntingwood with half a metre of hail, causing the roofs to fall in and smoke and gas to leak out. 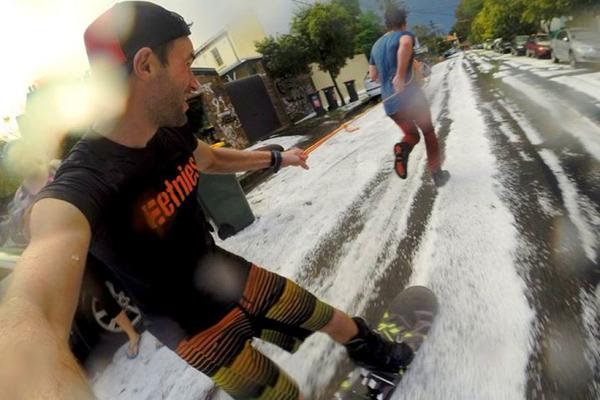 Seven buildings collapsed in western Sydney after being damaged by the storm. 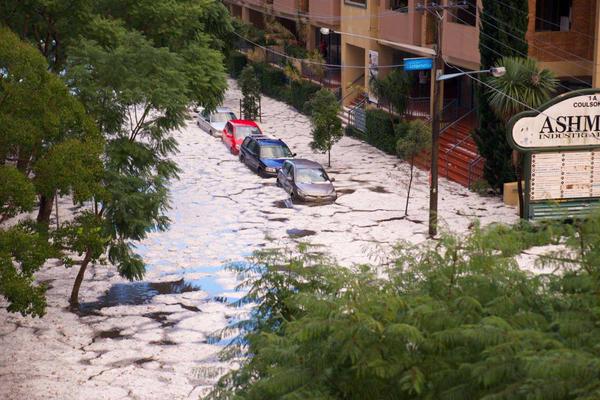 Most of Sydney is expected to experience heavy rainfall this evening. 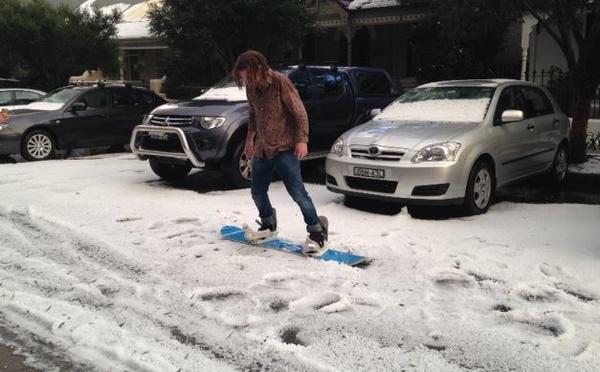 Although the storm is supposed to move offshore, there is a risk of continued hail and potential flash flooding. 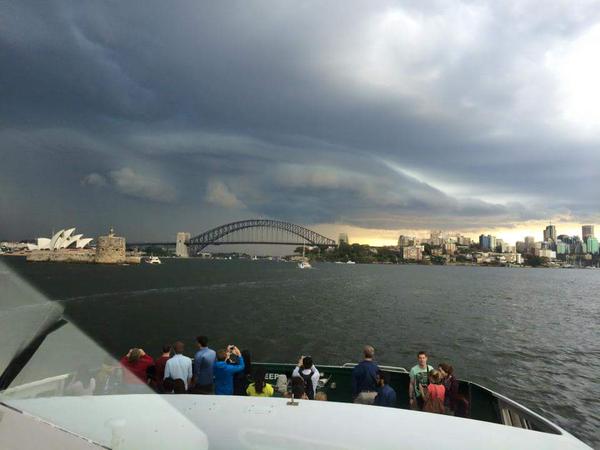 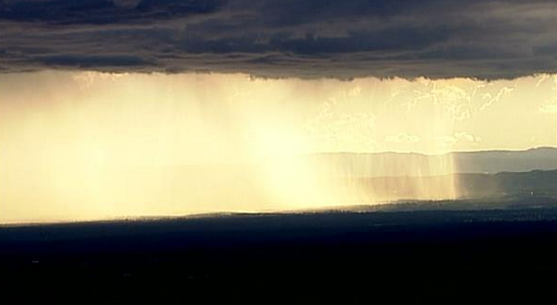 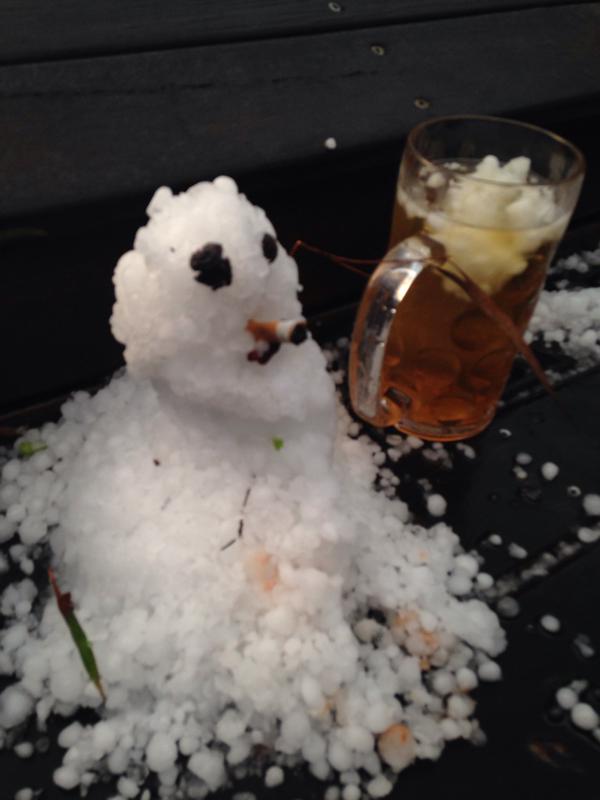 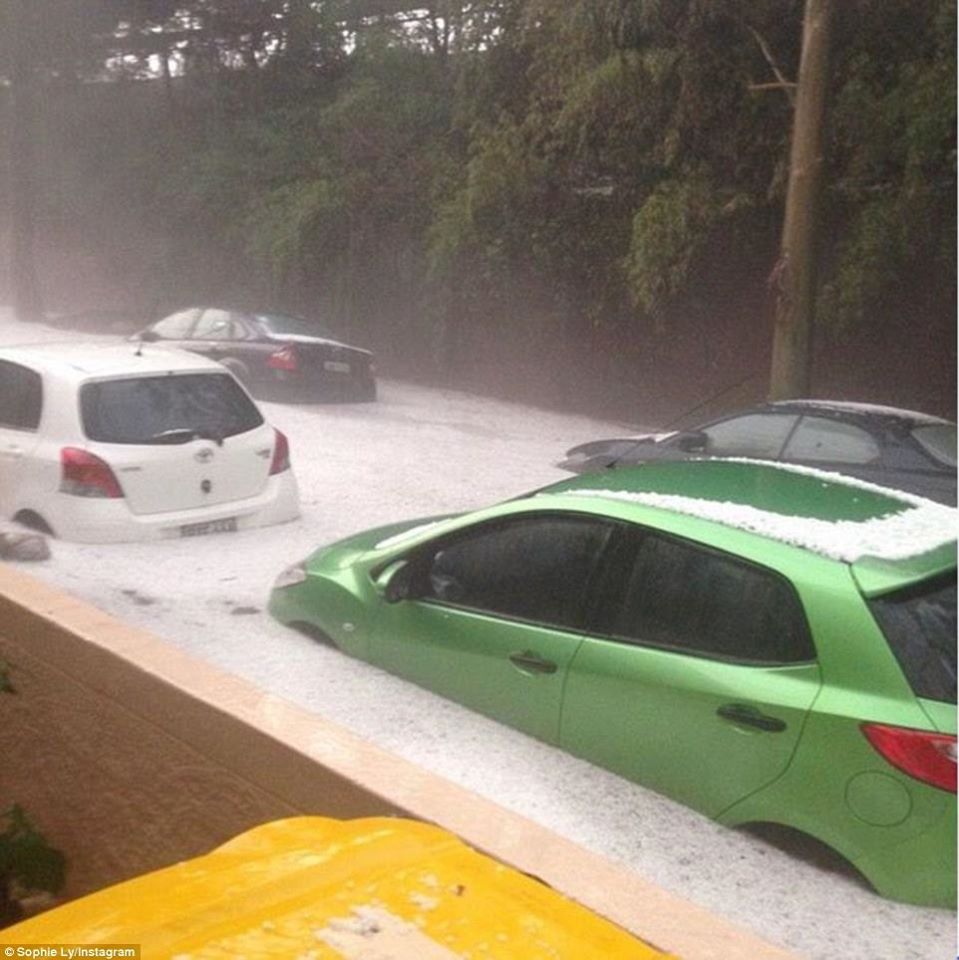 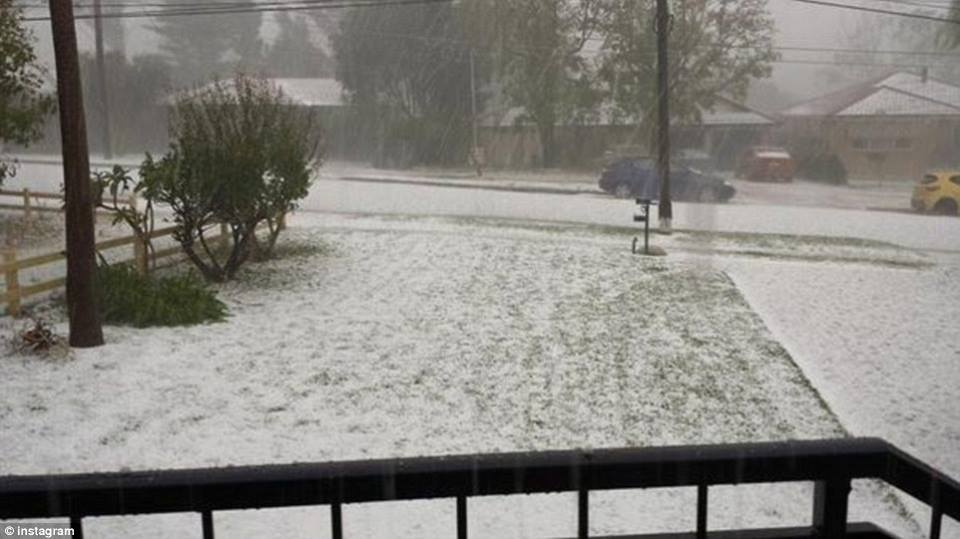 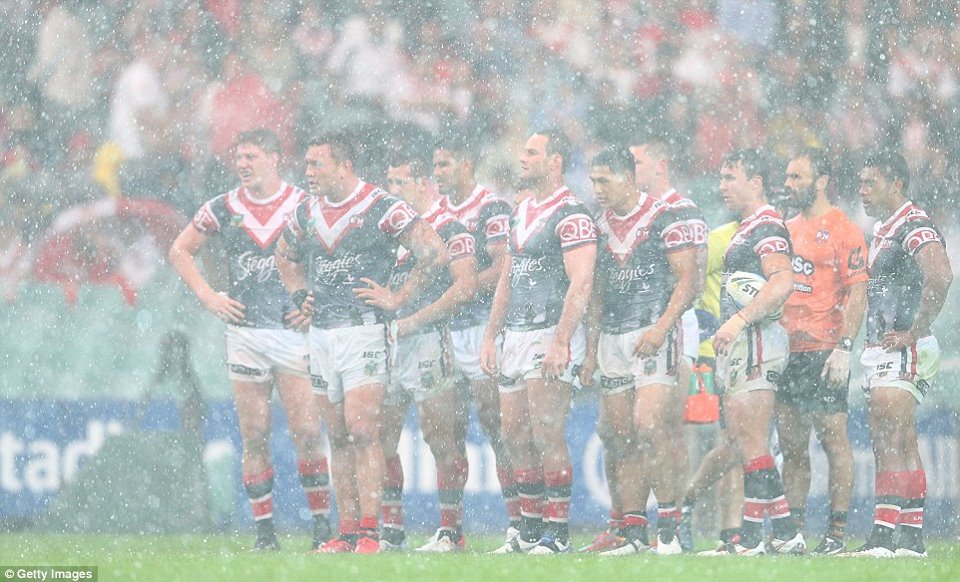 And amazingly it ended up in a giant rainbow! Awesome! 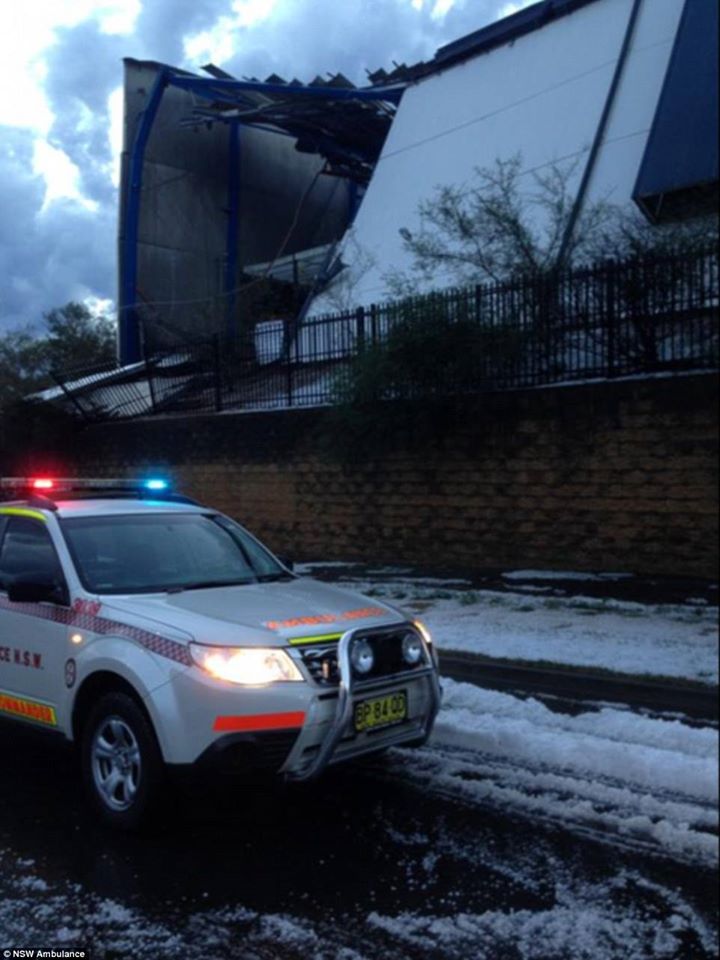 Most pictures found on Twitter Search: hailstorm sydney, News about the aftermath found on The Sydney Morning Herald.

Did you read about the storm of the century in Sydney?