A massive sandstorm paralyzed the city of Kathmandu, Nepal for about 45 minutes on March 28, 2016.

The strong dust storm billowed into the air everywhere, forcing the people to stay indoors, while people on the streets ran to safety to avoid breathing the dust. 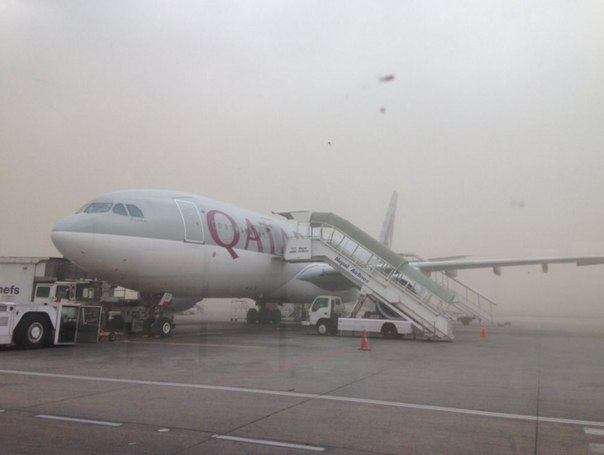 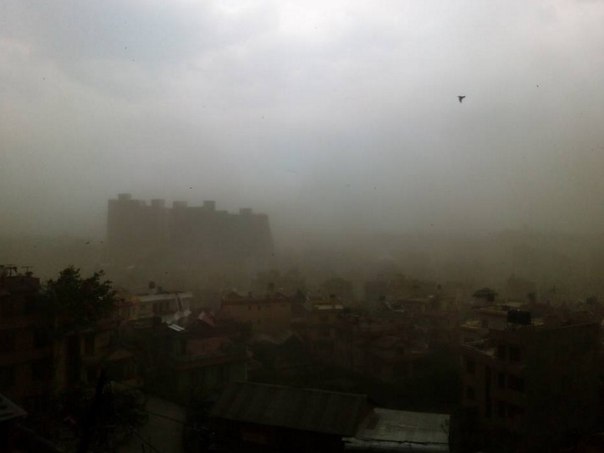 A massive dust storm had arrived from Western direction and swept through the Kathmandu Valley. 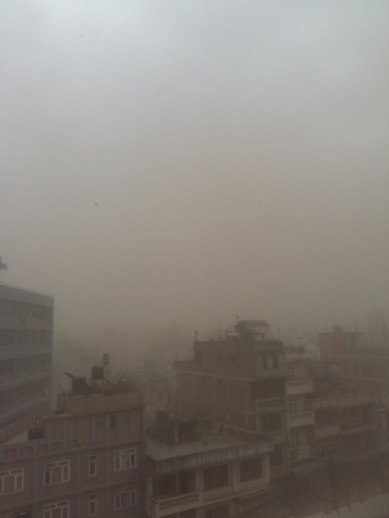 The wind gusts in Kathmandu Valley were measured at 82km/h. 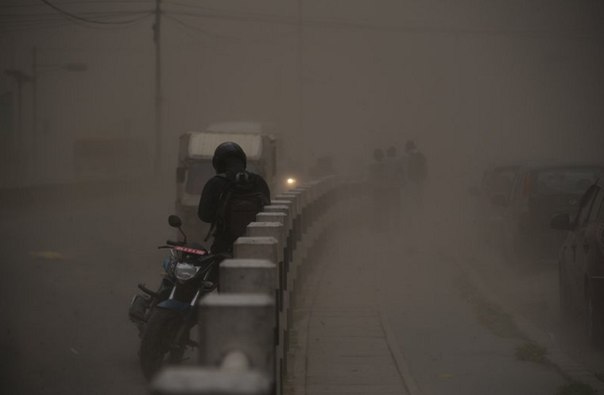 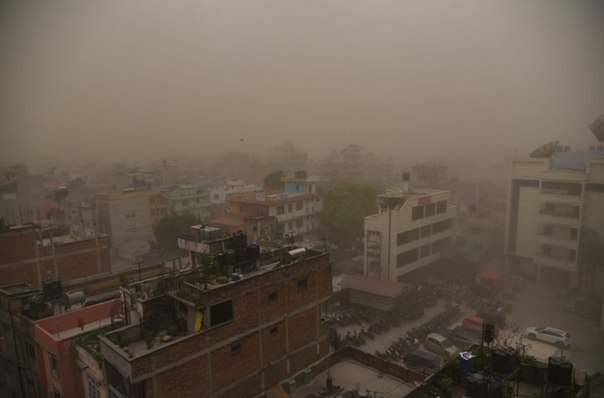 A total of seven people were injured by the storm in different city neighborhoods. 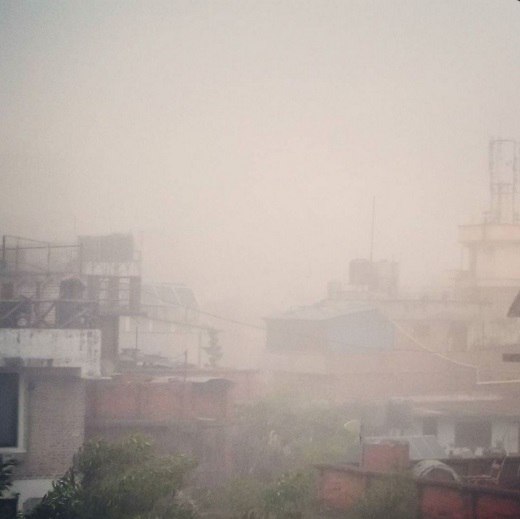 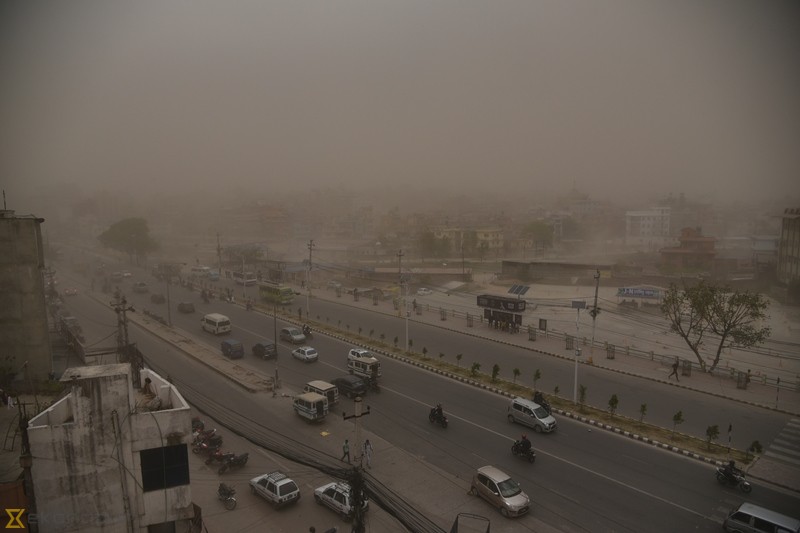 Planes landing at Tribhuvan International Airport were diverted due to poor visibility. 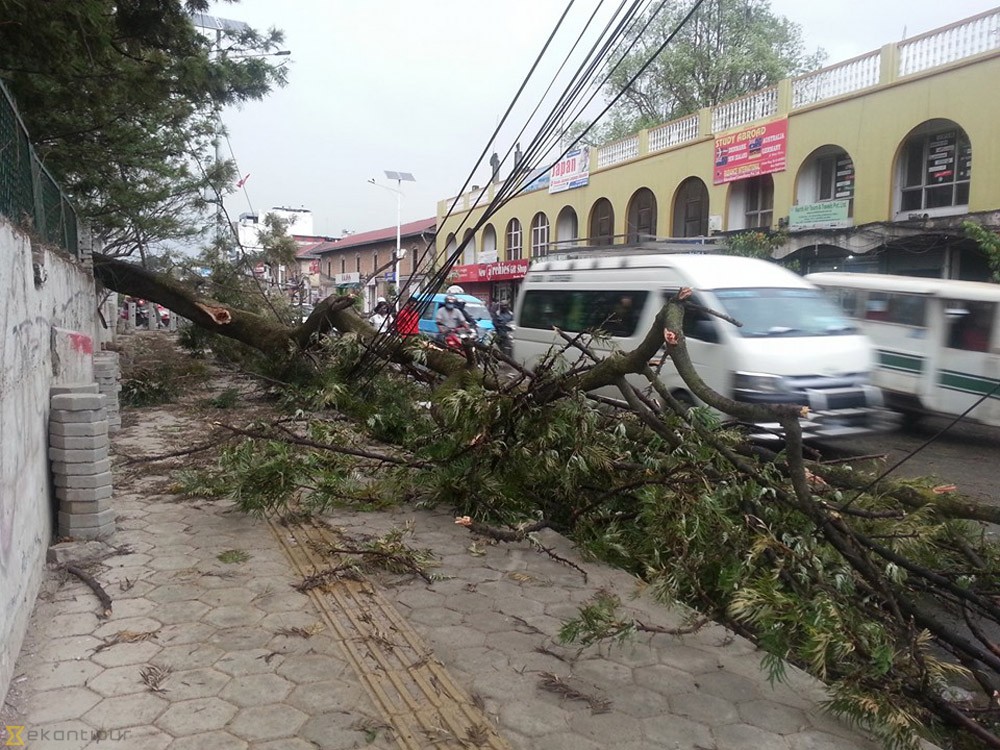 The storm has now moved towards East, reaching the cities of Okhaldhunga and Taplejung. 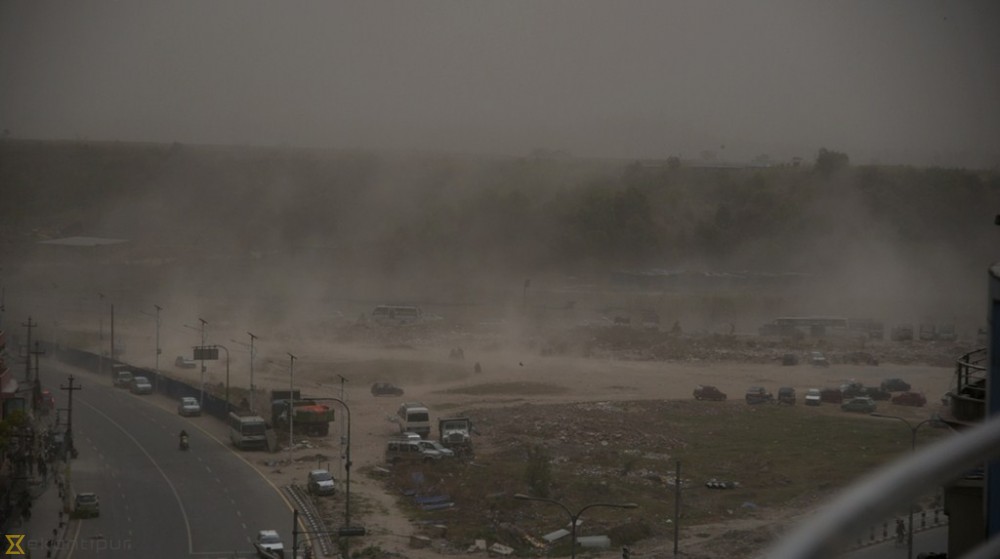 Insane! As if Kathmandu turned completely black on Easter Monday 2016.