A local living in the remote permafrost Taimyr peninsula in Siberia saw the sky light up following the dramatic explosion that created the 230ft mystery crater.

The big explosion noise was heard up to 60 miles away.

According to locals, the huge crater in Siberia was created following a big bang that lit up the sky.

The large explosion has been reported up to 100km (62 miles) and caused the sky to glow.

The crater formed in 2013 in the Yamal region of northern Russia and was nickenamed “end of the world”. 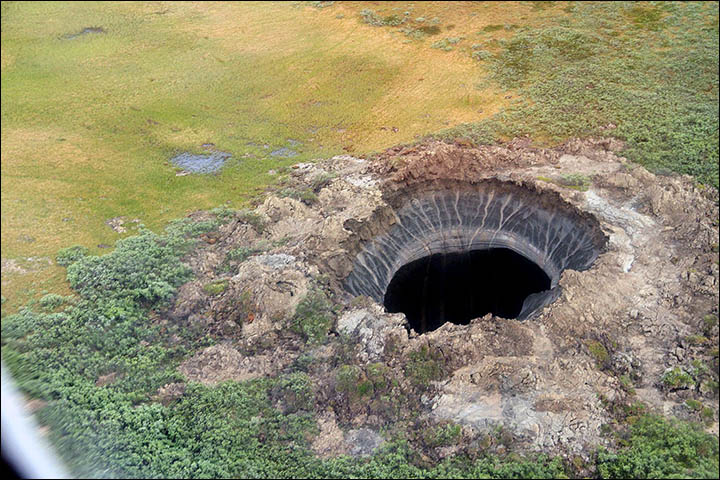 The crater was estimated to be 100m (325ft) deep when it was first formed. Scientists are unable to measure its current depth. Recent estimates put the height of the southern wall to 10m in height from water level, and the water depth, 18m. 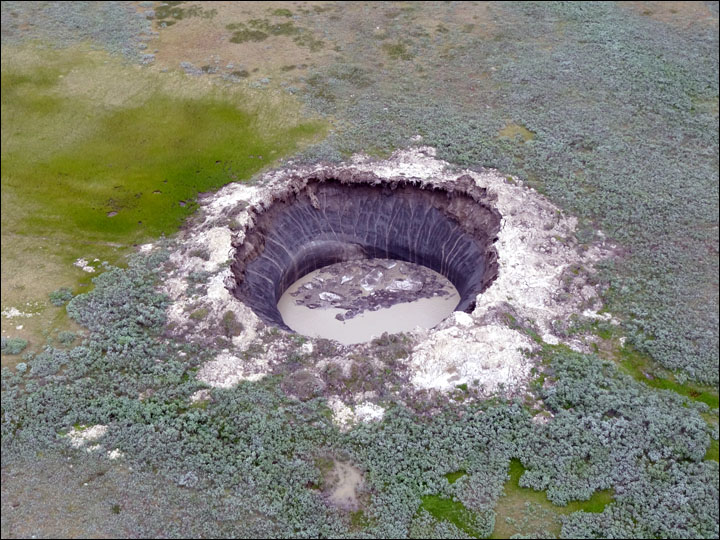 Details about the dramatic explosion were gathered by Novosibirsk scientist Dr Vladimir Epifanov. 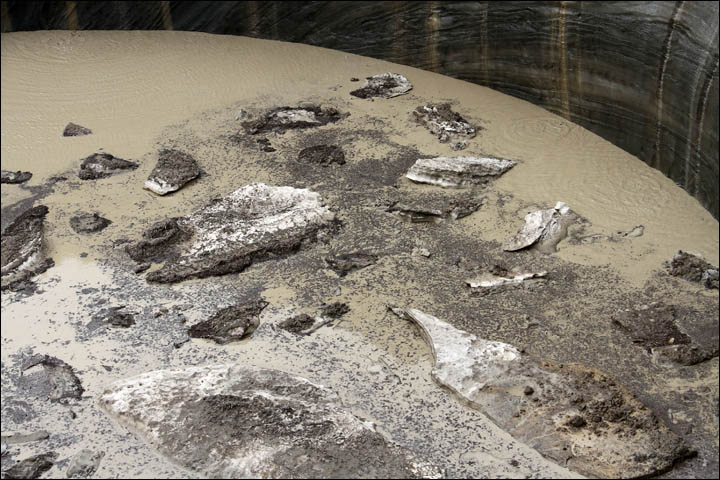 The explosion came around a month after a dramatic meteor exploded over Chelyabinsk in the Urals, leading locals to suspect – wrongly – that it was another space object falling out of the sky.

Most experts now believe that the craters were formed by explosions of methane gas unlocked by warming temperatures in the far north of Russia.

On the Yamal peninsula, the main theory is that the craters were formed by pingos – dome-shaped mounds over a core of ice – erupting under pressure of methane gas released by the thawing of permafrost caused by climate change. 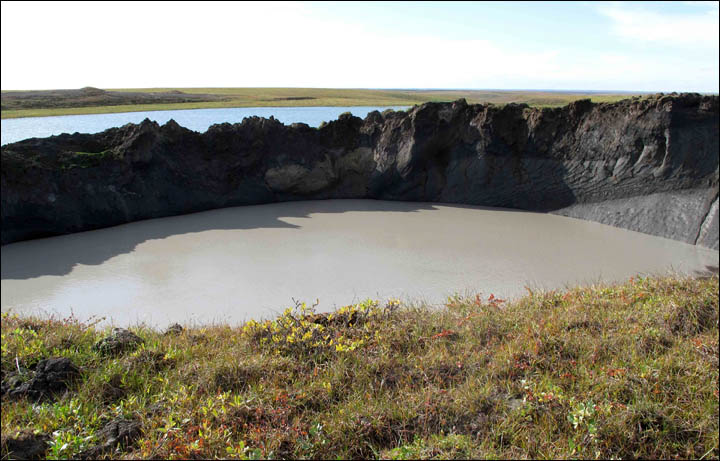 Experts have also identified potentially explosive methane leaks from underwater mounds in the Kara Sea in the Arctic.

Such a phenomenon may explain the Bermuda Triangle which led to the disappearance or destruction of ships and aircraft in the Altantic.