Am I completely nuts or apocalyptic animal mass kills are increasing dramatically around the world?

Yes, giant mass die-offs, disease outbreaks and other stressors are on the rise, killing billions… But we don’t react! Are they so mysterious?

Below, find a collection of animal mass die-offs from around the world for 2015.

Animal are dying in huge numbers due to pollution of sea and air:

The increase of mass die-off is unprecedent right now and will probably continue raising at an alarming rate if we don’t start to take more care about our Earth!

And of course discover the latest news and articles about strange animal behaviors and new animal species discovery. 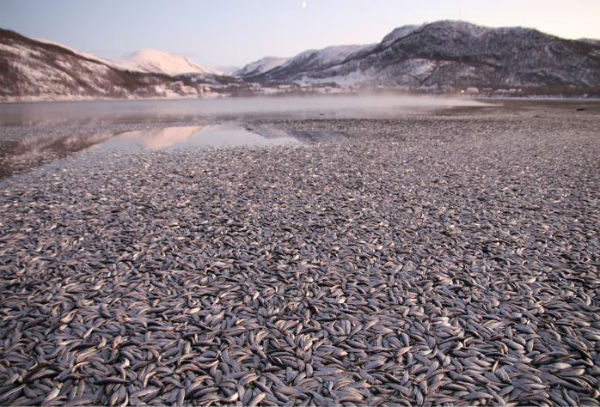 March 4 2016, USA – Dead sea birds have been washing up on Volusia County beaches in higher than normal numbers in Florida. News Journal Online

February 25 2016, Worldwide – A report out today from AGU finds that the world is now experiencing its longest coral die-off event on record. Link

February 11 2016, Antarctica – krill population is crashing for reasons that continue to baffle the experts. Link

February 11 2016, New caledonia – Thousands of fish are washing up mysteriously on beaches in Ko we Kara. Link

February 10 2016, New Zealand – Why are hundreds of eels dying in Marlborough creek? Link

February 10 2016, Australia – The mouth of Thompson Creek at Breamlea beach has become an aquatic graveyard. Link

February 2 2016, Wales – Pets fall ill with foam at the mouth after walking in park in Merthyr. Link

January 20 2016, Mongolia – Mass deaths of livestock in winter due to frigid temperatures. Link

January 17 2016, Europe – 12 whales mysteriously die in a week on beaches in The Netherlands, France and Germany. Link

January 13 2016, India – The phenomenon of whales being washed ashore at Manapad in Thoothukudi continues as 11 more whales die on Wednesday. Link

January 8 2016, UK – Tens of thousands of dead starfish and jellyfish along the coasts of Sussex and Hampshire. Link

January 6 2016, USA – 7,800 dead murres along a little over a mile of beach in Whittier, Alaska… That’s five dead birds per meter of beach. Link

January 5 2016, Malaysia – Hundreds of dead fish washed up in Sungai Toggek in Gebeng, Pahang due to possible bauxite contamination. Link and Link 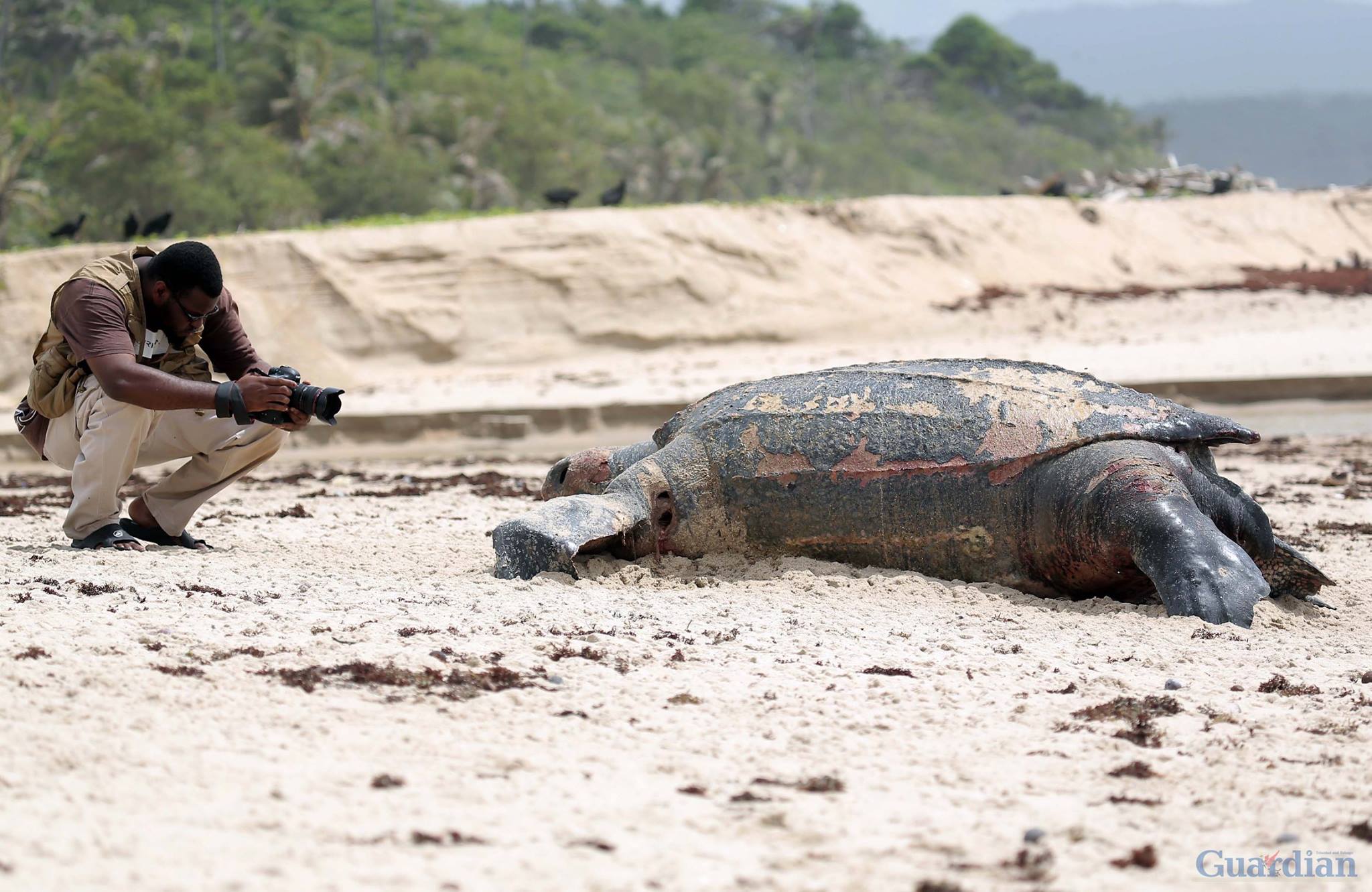 July 14 2015, Mexico – Millions of fish die along Chiapas coast and remains a mystery. Link in spanish, Story in english

July 7 2015, India – Huge amount of fish found dead in in the Ganga River near Shukhra. Link

July 5 2015, USA – Something is killing large numbers of fish, crabs and lobsters in the canals of Key Largo, Florida. Link

June 28 2015, Bolivia – Frog mass die-off at Lake Titicaca is a sign of heavy pollution. Link in english or in spanish 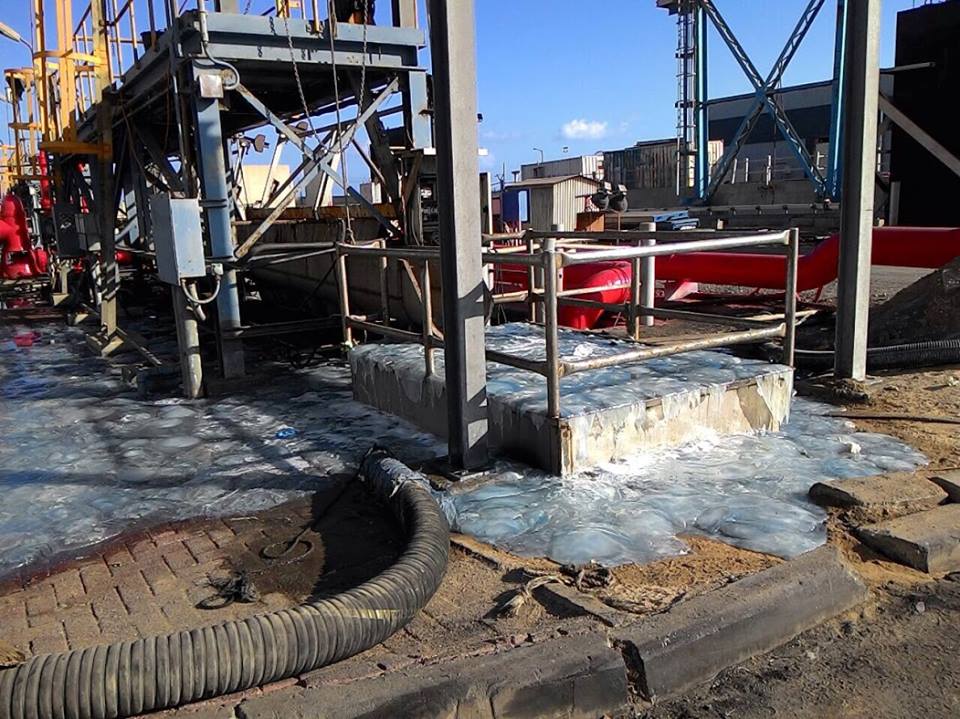 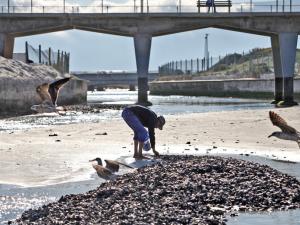 June 23 2015, Honduras – Fish mysteriously die in the Gulf of Fonseca. Link in Spanish, Story in english

June 20 2015, Peru – Hundreds of sea birds found dead on a beach of Lima. Link in spanish, story in english

June 17 2015, Germany – Drama as thousands of fish die in Spree, Spree, Schifffahrts- and Landwehr canals in Berlin. Link in German, story in English

June 4 2015, Europe – 40% of all sharks and ray species face extinction along coasts. Link

June 3 2015, USA – Scientists with the Monterey Bay National Marine Sanctuary are predicting a mass die-off on the Central Coast because of a powerful red tide. Link

June 1 2015, Scotland – Eight whales dead and 11 others stuck on a beach after a mass stranding on Isle of Skye. Link

May 31 2015, India – 70 kites mysteriously die near the Sri Siddhartha Institute of Technology in Tumakuru. Link

May 30 2015, USA – Thousands of fish die in multiple locations in Connecticut. Link

May 20 2015, Mexico – Thousands of jellyfish stranded on coast of Baja California. Link

May 19 2015, Australia – Mystery fish die-off in the lagoon of the Botanic Garden of Mackay. Link

May 18 2015, USA – Unprecedent mass die-off along beaches in California. Link

May 16 2015, Russia – Thousands of fish found dead in Lake Khatyng in Siberia. Link

May 16 2015, USA – Two millions of chicken to be killed in Renville, Minnesota. Link

May 12 2015, Mexico – Mysterious fish mass die-off at Loreto, one of the most important protected areas in the Sea of Cortez or Gulf of California. Link

May 11 2015, USA – More than 6 millions birds killed due to flu outbreak in Minnesota. Link

May 6 2015, Australia – Mystery illness kills thousands of turtles in the Bellinger River in NSW. Link

May 4 2015,  Argentina – Hundreds of Penguins dying malnourished along the coast of Tres Arroyos. Link

April 29 2015, Thailand – Large die off of fish in a creek in Prachuap Khiri Khan. Link

April 27 2015, Russia – Massive die off of fish along 2km of reservoir in Cherepovets. Link

April 25 2015, Bolivia – Hundreds of dead birds and animals found on the shores of Lake Titicaca. Link

22nd April 2015, Thailand – Hundreds of thousands of fish have died in farms along a river in Saraburi Province. Link

21st April 2015, Colombia – Mass die off of fish occuring in a river and reservoir in Magdalena. Link

20th April 2015, Belize – Die off of shrimp due to disease in the south of Belize. Link

18th April 2015, Canada – Hundreds of marine mammals, including seals and whales have washed up dead during winter in Quebec. Link

17th April 2015, France – Scores of dead dolphins and whales washing up ‘is strange’ along coast of France. Link

15th April 2015, China – Massive die off of fish in a reservoir in Longyan City. Link

10th April 2015, Indonesia – Large die off of fish in a river in Deli Serdang Regency. Link

1st April 2015, Thailand – Tons of fish have died in fish farms along a river in Saraburi. Link

1st April 2015, USA – Dead fish washing ashore for the past week in a lake in New Jersey. Link

31st March 2015, USA – Large die off of blackbirds near Picher in Oklahoma. Link

30th March 2015, Indonesia – Hundreds of thousands of fish have died in a fish farm in South Bangka. Link

19th March 2015, New Zealand – Hundreds of ducks, other birds and eels found dead ‘due to disease’ in West Aukland. Link

18th March 2015, USA – Hundreds of dead fish and a dolphin wash up along a beach in Outer Banks, N.Carolina. Link

15th March 2015, Chile – Mass die off of cattle due to drought in Araucania. Link

13th March 2015, Netherlands – Large die off of fish in a lake ‘due to disease’ in Reeuwijk. Link

11th March 2015, Vietnam – Hundreds of TONS of clams have died off, ‘never happened before like this’ in Ha Tinh. Link

10th March 2015, USA – Tens of thousands of birds to be killed due to avian flu in Missouri. Link

6th March 2015, Singapore – 600 TONS of dead fish due to algae in fish farms in the east of Singapore. Link

6th March 2015, Ecuador – Hundreds of cattle are dead due to drought. Link

4th March 2015, China – 4.17 MILLION birds have been killed since January due to avian flu in Taiwan. Link

2nd March 2015, New Zealand – Thousands of TONS of shellfish have died off during past few years in Whangarei Harbour. Link

1st March 2015, USA – Dozens of birds drop dead out of the sky in Tennessee. Link

1st March 2015, Mexico – Mass die off of fish and reptiles due to burst fuel pipe in Tabasco. Link

28th February 2015, India – Hundreds of dead fish found on the banks of a river in Uttar Pradesh. Link

25th February 2015, France – Thousands of dead fish found, ‘no explanation’ in the port of Wolfersdorf. Link

23rd February 2015, Turkey – Mass die off of fish found floating in the Gulf of Iskenderun. Link

20th February 2015, Nigeria – 3,000 birds have died due to another outbreak of avian flu in Katsina State. Link

13th February 2015, Indonesia – Tens of tons of dead fish ‘is a mystery’ in Lake Singkarak. Link

10th February 2015, Mexico – Hundreds of cattle have died due to industrial pollution in Cosoleacaque. Link

4th February 2015, China – 1.07 MILLION geese killed (more than half of geese population) due to avian flu in Taiwan. Link

3rd February 2015, Wales – Thousands of dead starfish wash up on a beach in Abergele. Link

2nd February 2015, Turkey – Massive die off of fish in a river in Istanbul. Link

19th January 2015, Brazil – Thousands of fish die in a lake in Paranaita. Link

12th January 2015, Northern Ireland – Hundreds of pigeons are ‘falling dead out of the sky’ in Antrim. Link

10th January 2015, UK – Thousands of fish dead ‘due to pollution’ in a canal in Leicestershire. Link

4th January 2015, Malaysia – Thousands of fish have died in a fish farm in Kampung Baru. Link

2nd January 2015, Italy – 7 Turtles found washed up dead during past week in Cattolica and Rimini. Link

Strange Sounds IS NOW ADFREE. My work is entirely READER-SUPPORTED. So if you enjoy my newsletter or/and my website, please consider throwing some money into my tip jar! Thanks in advance! Manuel