Can you please tell me what created these glowing-blue noctilucent clouds Florida?

They curiously appeared just after a rocket launch over Orlando. Is that the missing link? on August 3, 2014. 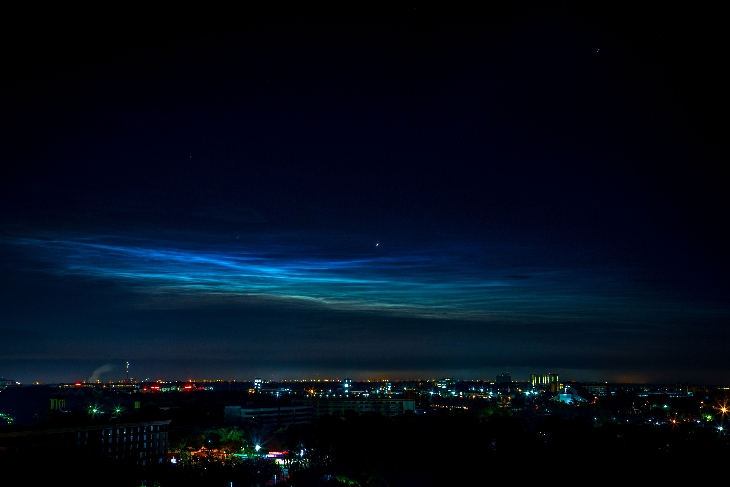 Natural noctilucent clouds appear rarely or never over Florida. Electric-blue over the Sunshine State requires a rocket launch, and that’s what happened today.

The rocket, a SpaceX Falcon 9, transporting the AsiaSat 8 telecommunications satellite, lifted from Cape Canaveral at 4 AM. These clouds appeared just before sunrise and covered the sky over Orlando. Amazing, aren’t they?

As explained by Space Weather, these blue-colored clouds are man-made noctilucent clouds (NLCs):

Water vapor in the exhaust of the rocket crystallized in the high atmosphere, creating an icy cloud that turned blue when it was hit by the rays of the morning sun.