A strong sandstorm hit the southern parts of Xinjiang Uygur Autonomous Region in northwest China on Tuesday, darkening the blue sky and reducing the visibility to less than 10 meters.

Prefectures of Kashgar, Hotan and Aksu all experienced the extreme weather, with sand and dust accompanied by strong wind gust. 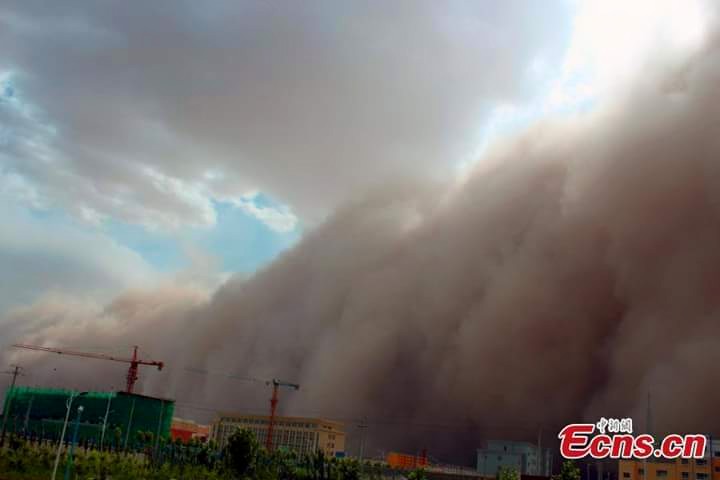 The Hotan meteorological authority issued a red alert, after the region was swept by the strongest sandstorm of the year on June 9, 2015.

Low visibility forced drivers to slow down and pedestrians to wear masks.

Rain is likely to fall on Friday thus probably weakening the apocalyptic sandstorm.