No it didn’t snow in Mexico!

That’s just hail that has accumulated on the streets after a giant and extreme hailstorm swept through Ecatepec and Coacalco killing two in Mexico. 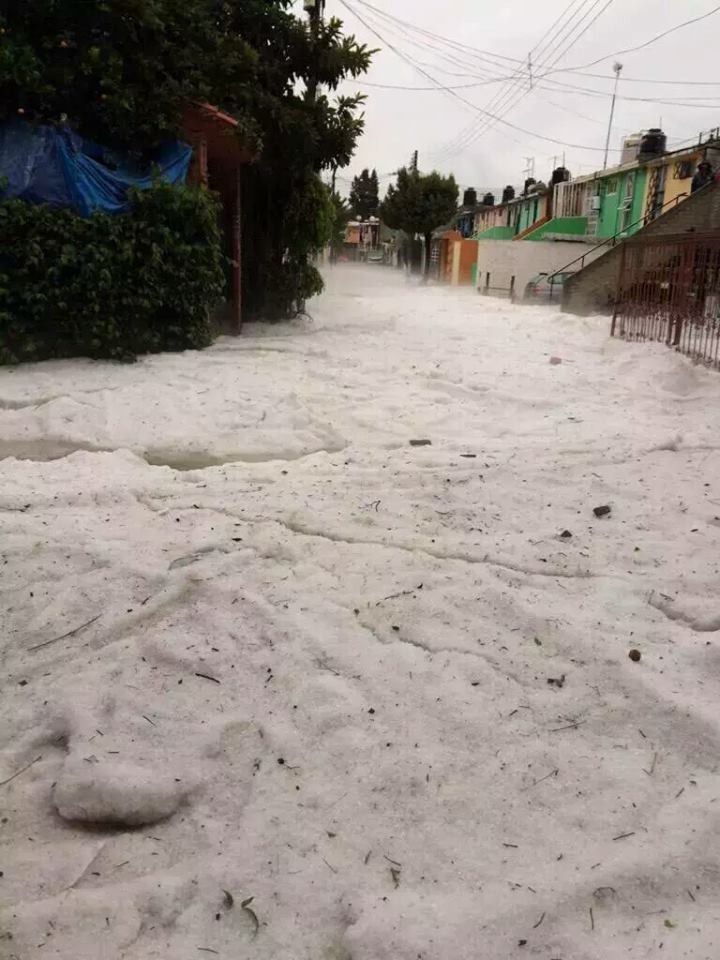 The intense hailstorm occurred on Sunday 30 August, 2015, and engulfed several municipalities of the state of Mexico. 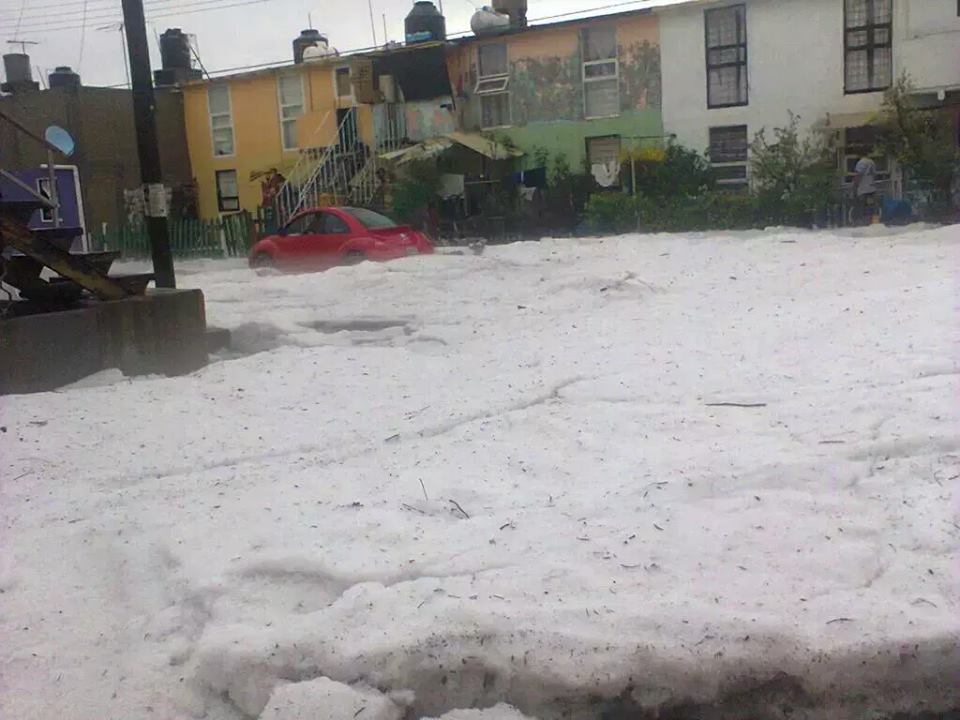 News websites speak of three deads and several injured people in the municipalities of Naucalpan, Tultitlan, Coacalco and Ecatepec. 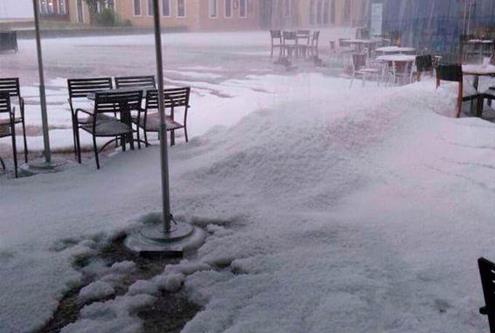 Several vehicles were covered by hail and dragged by the flooding ‘hail’ water. Many shops and habitations have been flooded. 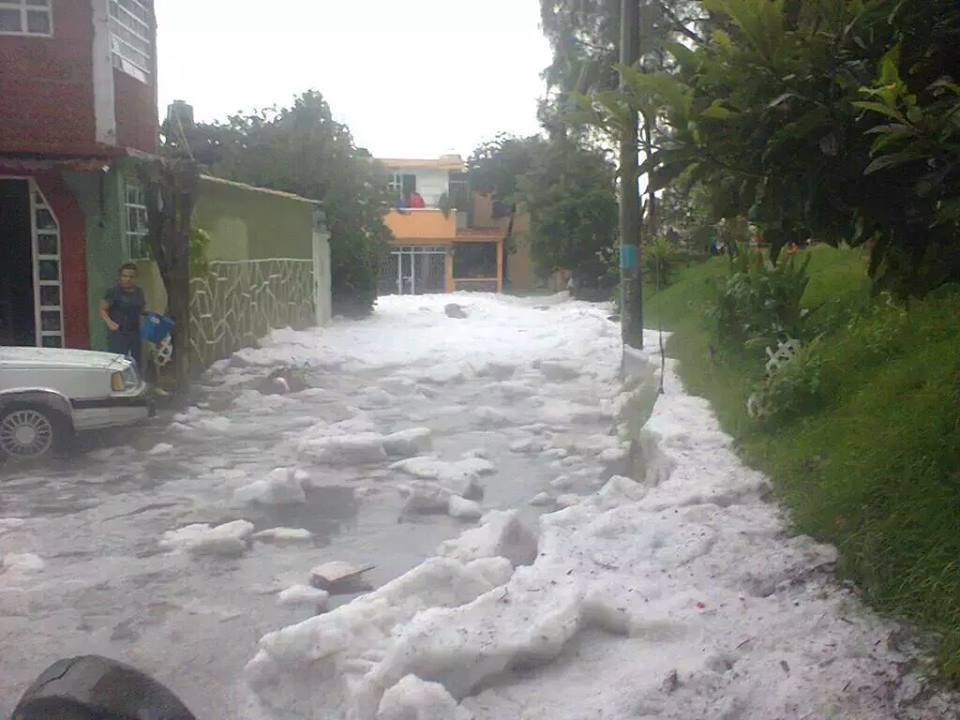 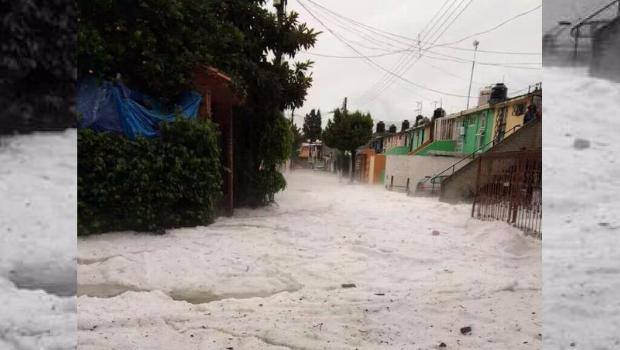 In Coacalco, a 70-Year-old woman and two men were dragged and killed by the ‘road rivers’ that formed after the storm. 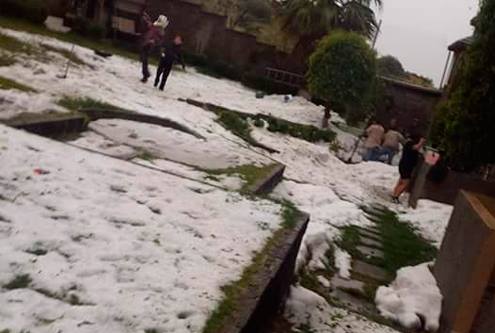 Many trees were uprooted by the fiery storm. Traffic chaos emerged after the hail. 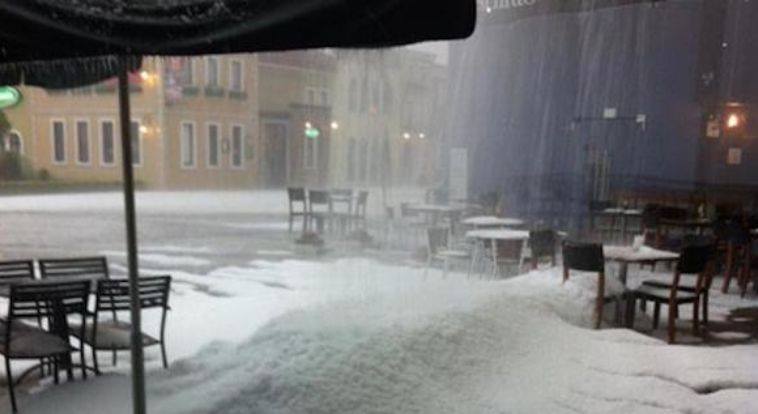 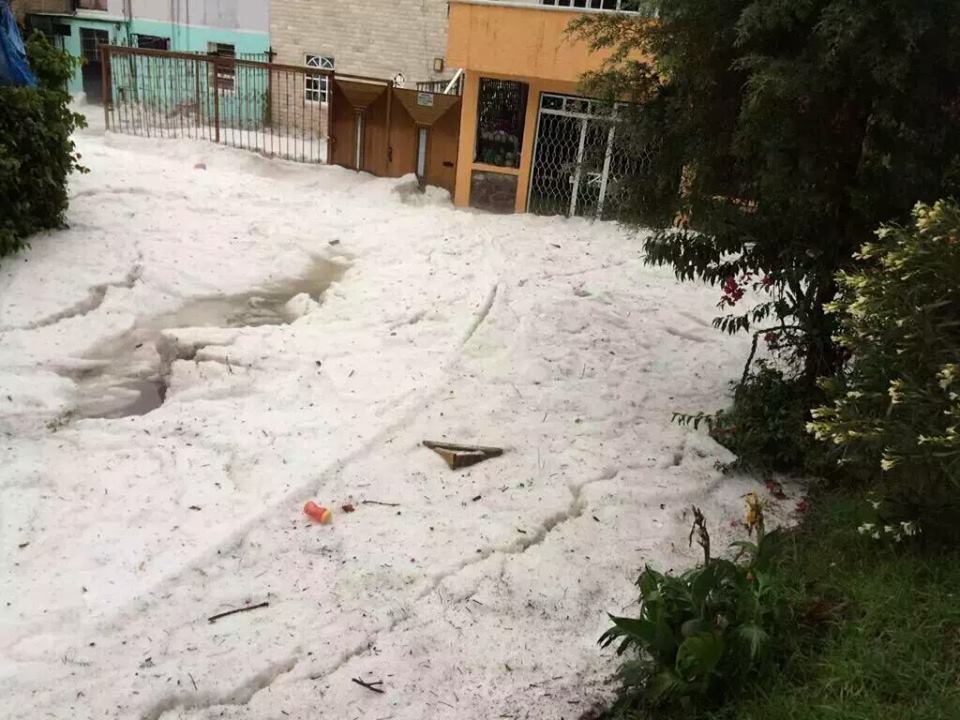 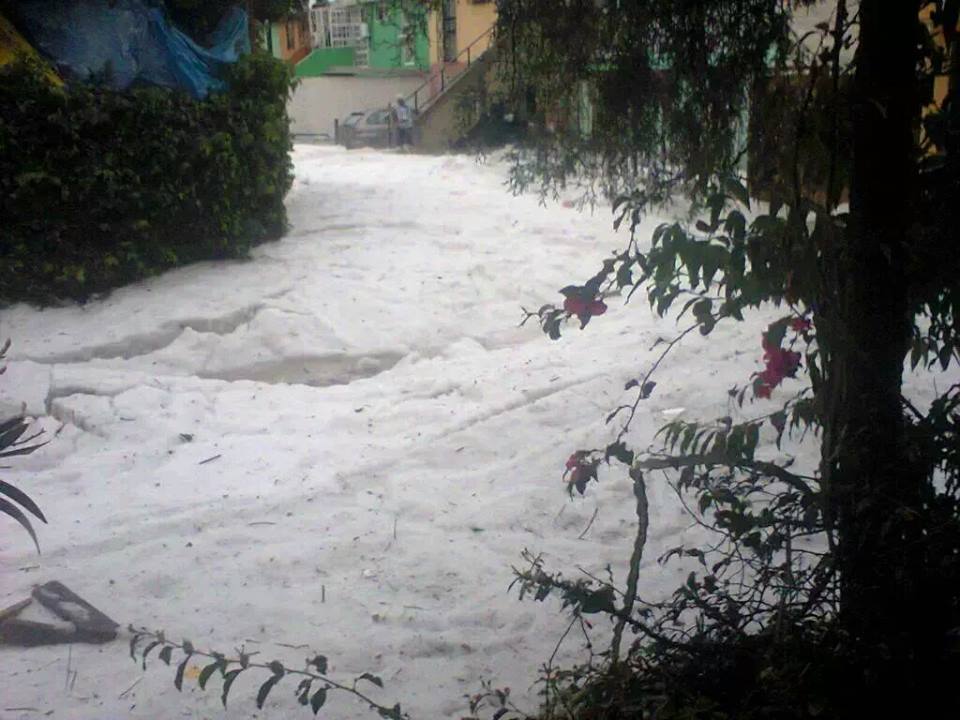 About 30 cm of hail accumulated on the streets. Incredible 28mm of water fell during 90 minutes, or 28 liters per square meter. 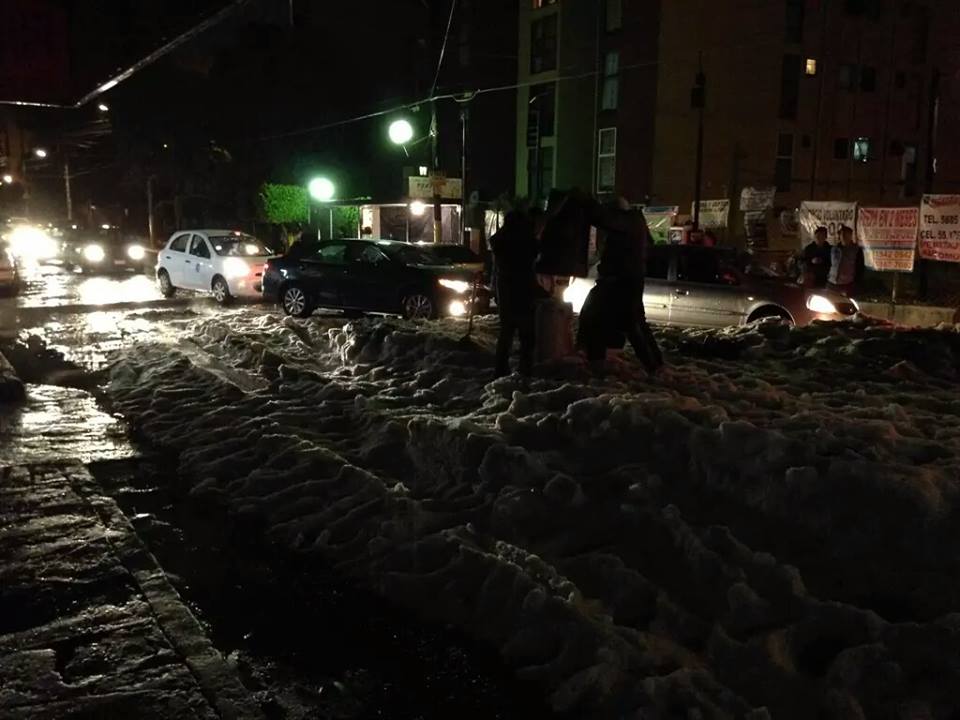 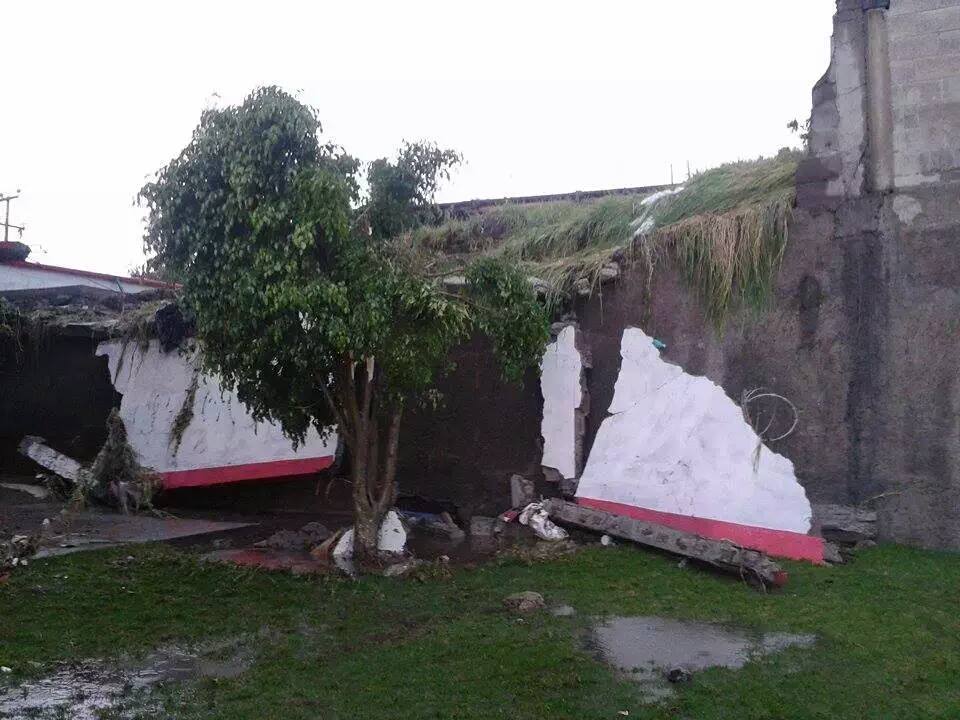