I did not know there was a Las Vegas in New Mexico until I discovered these incredible UFO pictures.

As if the lenticular cloud wanted to land on Earth to launch an alien attack.

Do you think this is real? 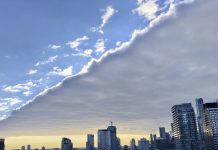 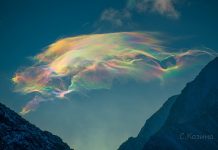 Most Complicated Rainbow Chemtrail Ever