This dust storm was so intense that the sky of Ouargla, Algeria turned blood red on April 1, 2016.

Sandstorms are actually common in this part of the country during this season. They are however considered exceptionally strong this year.

The national road 1 was closed from Ghardaia to Tamanrasset and In Salah due to the lack of visibility.

The wind is violent, uprooting trees and destroying roofs.

March is known for its strong winds and thus sand storms. However, this Friday storm is considered exceptional. 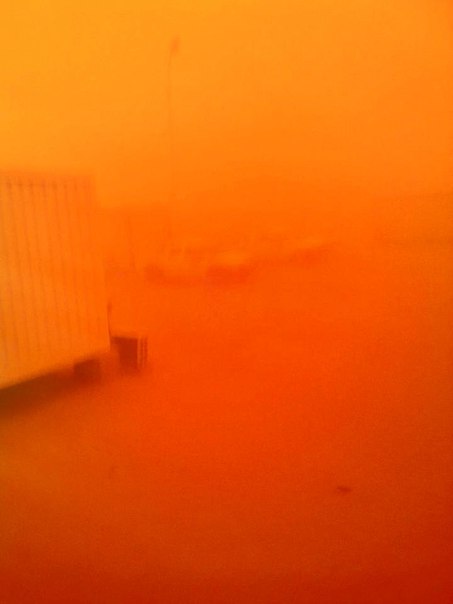 The sky turned red and people started panicking rushing out of their homes on the streets and boulevards and requesting assistance.

This extreme weather situation that started on Thursday morning will continue until today evening. Good luck!