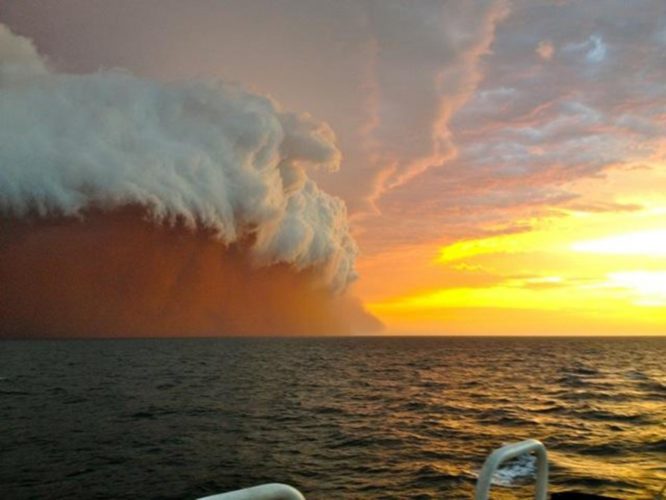 January 11 2013 – Pilbara Region, Australia. The Pilbara Region (Western Australia, 1,500km north of the state’s capital of Perth) is experiencing a huge red sandstorm. As you can see on the scary pictures, the sandstorm is similar to a red sand wall. The sand is elevated by the heavy winds of the tropical cyclone Narelle. These pictures were taken from a tugboat about 30km northwest of the city of Onslow. It seems that the swell lifted up to two meters and wind blew at up to 40 knots (75km/h) as the storm approached. However, before Narelle, sea conditions were glassy and flat as seen on the pictures. Narelle, a category 3 severe tropical cyclone ( not very dangerous) but people in the area shoud stay alert. – NY Daily News

NSW Australia on 21 Dec 2007 between Wilcania and Broken Hill