Mystery booms and rumblings have been felt by residents in Virginia and Maryland on September 22, 2015.

And even if everything has been checked carefully, the cause of the loud noise remains unexplained. 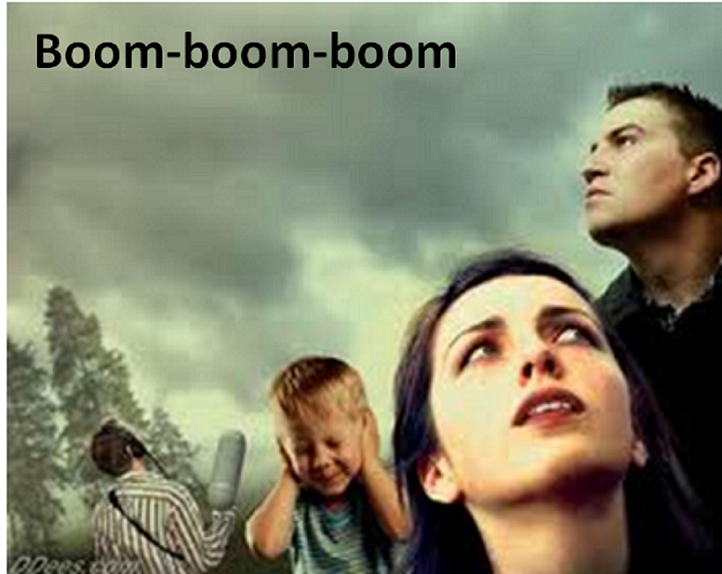 The loud explosion noise was reported at around 9pm throughout Accomack, Virginia but weirdly, also in Wicomico and Worcester counties in Maryland.

Eastern Shore Fire/EMS/Police Breaking News Original report was Mason Oil Co on Chincoteague Island but nothing has been found anywhere on Chincoteague. Wallops Island reports nothing they did and they are all clear as well. Hearing reports it was heard well inland in Maryland as well.
Joanne Tyler Tucker: I felt it and asked Michael if he knew what was going on. He hasn’t answered me yet.
Holly Truitt: Felt in Pocomoke. Still waiting on answers! What was that?
Cela Morales: Felt it in Crisfield
April Mariner: Felt it in Snow Hill
Holly Truitt: Really? Nothing on the news about it, and no one seems to know what caused it. This is crazy!
Jessica Hatton Brown: Heard what sounded like a “soft” sonic boom in Hebron.
Brian Brenneman: Did they find out what it was??
Brandy Thornton: We felt it in Girdletee
Val Hughes: I heard what sounded like thunder in Delmar….
Elaine Mose Stitcher: House shook in the Cove!
Hattie Miller Figgs: heard it in Marion
Peggy Sanner: Sonic boom? Pax River boys playing top gun?
Trudy Porch: Felt in Newark/Snow Hill area
Robert Hearn: It was heard loud and clear in Ocean City
Kristi Carmean: Felt in Snow Hill
Debbie Fleshman: Earthquake !?!
Samantha Thomas: Heard it in OC

According To DelMarVaNow.com: the origin of the loud booming noise is still a mystery. As they write:

The origin of what felt like a loud explosion heard throughout northern Accomack, Wicomico and Worcester counties Tuesday night remained a mystery this morning. […]

[…] A unit from the island’s fire company responded to a call received at 8:44 p.m. about an explosion with fire at the Mason Oil Company. After questioning the individual who made the report, responders determined the supposed fire was mistaken for the “glow of lights” outside the local business. Did the witnesses associated the loud boom with the lights?

No earthquakes have been recorded in Virginia or Maryland yesterday. But when I hear people talking about glowing lights, fire… I first think ‘meteor’, than when such a large area is rattled and hear the same noise, than again I think ‘meteor explosion’. And what about you? Did you hear it? Did you feel it?  A giant meteor was seen disintegrating over Brazil on September 22, 2015.