Is that a tsunami in the sky? What are these mysterious wave clouds in the sky of Tatarstan.

Look at this awesome Kelvin-Helmholtz instability captured this morning, Friday, May 13, 2016 in the sky of Zelenodolsk, Russia. 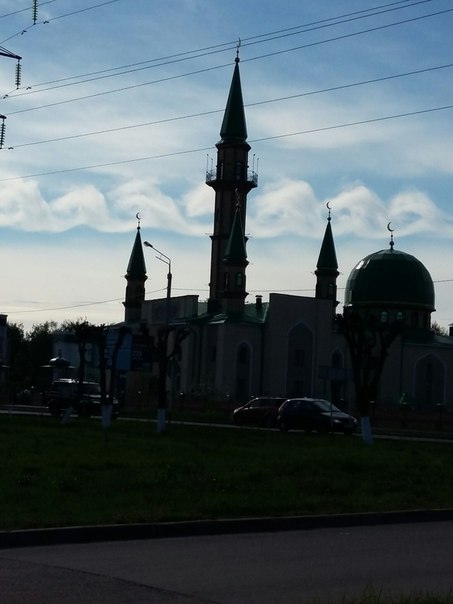 The Kelvin-Helmholtz instability results from a turbulence of two air layers lying close to each other, which move with different speed and/or direction. 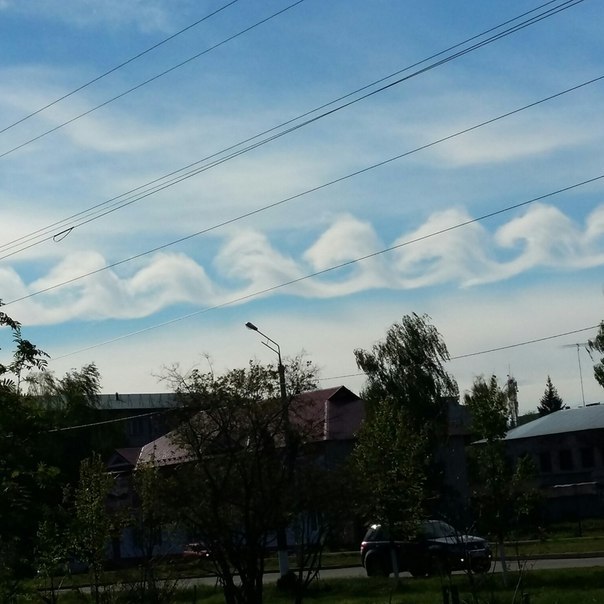 It can be assumed that due to the friction force between two air masses, which move with different speed, one (or several) irregularity in the form of penetration of a layer in the other one develops. 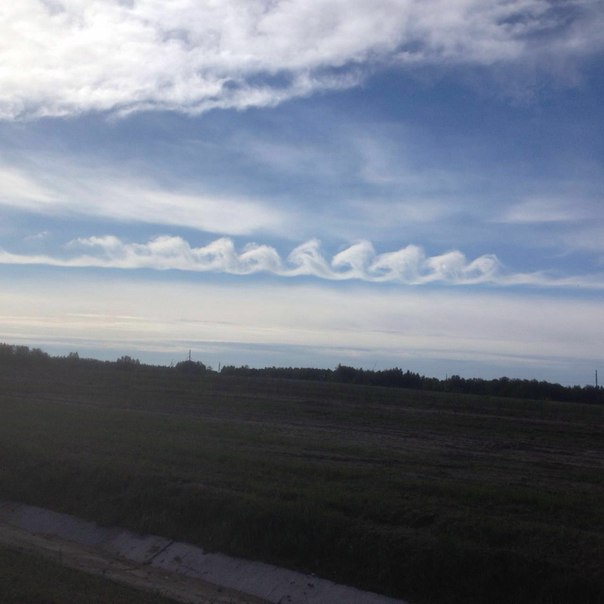 The penetration can be observed in the form of wave or hill. 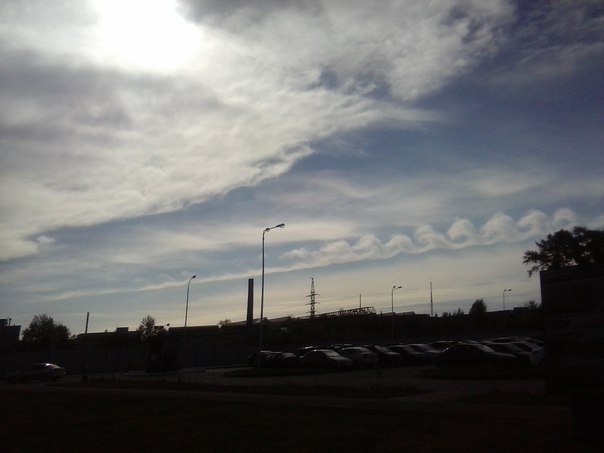 Close to a wave trough (or a “valley”), air flows more slowly than in the environment, and therefore the ambient pressure is locally higher. This area will be pressed in the opposite direction. 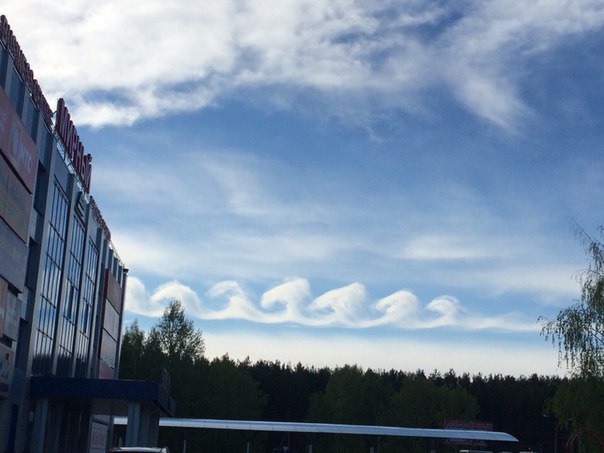 The Kelvin-Helmholtz instability is rarely observed in large air masses. 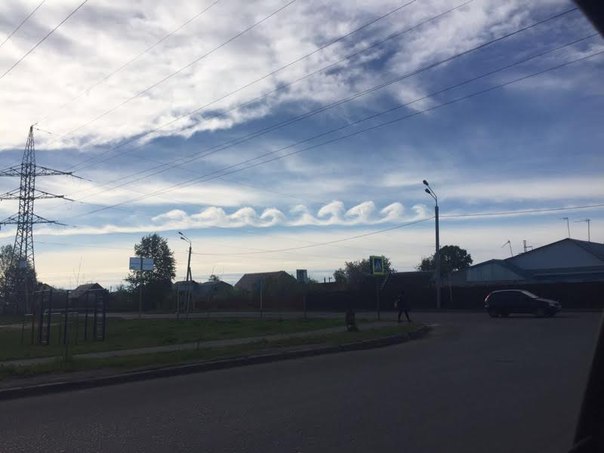 Here a video about the physics of these instabilities: