Brazil’s beaches are awash with oil but no one knows quite where it’s coming from.

The oil spill is affecting a number of beaches on Brazil’s north-eastern coastline, and is harming turtles and other wildlife in the country’s waters.

Identified in 105 locations in eight different states this month, the oil has so far killed at least six turtles and a bird, although fish and shellfish are currently uncontaminated.

A total of 46 cities, as well as a number of tourist beaches, have witnessed thick black oil washing up on their sand.

So where is the oil coming from?

Strangely, molecular analysis by state oil company Petrobas concluded that the oil was not produced by Brazil and had come from a single source. The exact nature of this source is yet to be determined and an investigation is currently underway.

The investigation is being carried out by the Brazilian Institute of Environment and Renewable Natural Resources (Ibama), the Federal District Fire Department, the Brazilian Navy, and Petrobas. A team of around 100 people are currently working on a clean-up operation.

It is believed the oil might have been spilled by a tanker transporting the fuel far from Brazil’s coastline. A couple of barrels have washed up on beaches on the coast of Sergipe state.

While the situation in certain states such as Rio Grande do Norte appears to have stabilized, new oil is washing up in other locations, such as Maranhão.

For anyone who comes across an affected animal the animal must not be washed or returned to the sea prior to veterinary assessment.

The lack of certainty around the source of the substance is of grave concern to environmentalists. 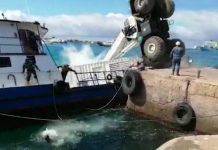 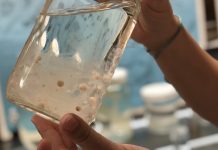 Microplastics Are in the Oceans, in the Rain, in Animals, in Our Poop… They Are Everywhere! 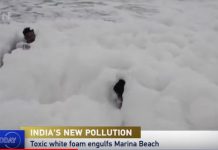