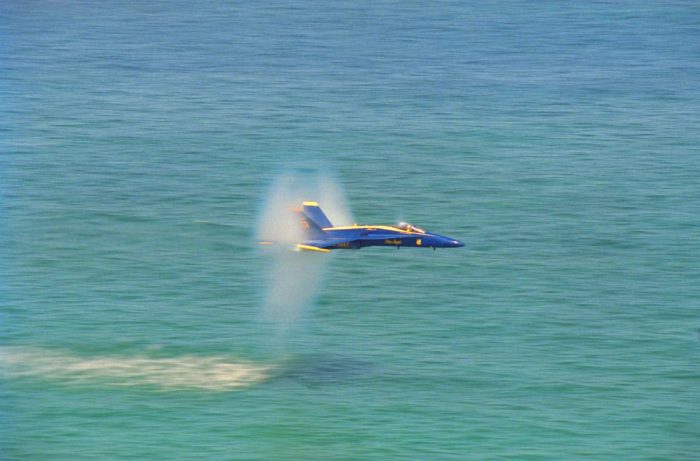 Here a few resident reports of the sonic boom:

“I heard a boom“, “It sounded like ten elephants or something had landed on the roof“, “I haven’t heard anything like that in a long time“, “It literally moved the whole building“, “They were leaving trails in the sky. It was pretty blue, a nice sunny day and it turned out sure enough that’s what it was“.