If your knowledge of clouds only extends to ‘dull and grey’ or ‘white and fluffy’, then prepare to be amazed by this cloud atlas. 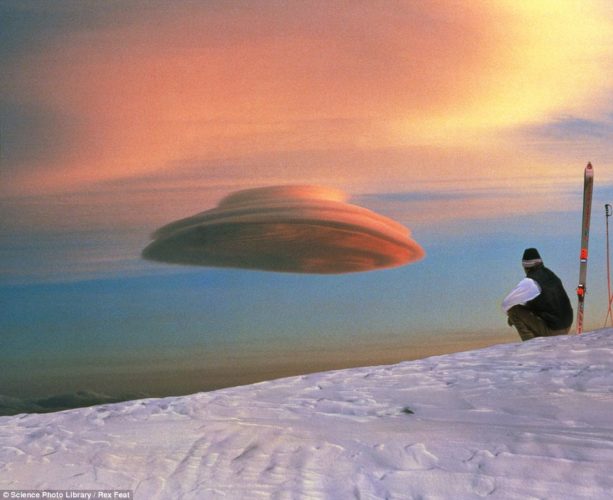 Not what it seems: Lenticular clouds are popular with UFO believers because they often look like flying saucers. The lens-shaped clouds form at high altitude and are usually formed when air passes over mountain tops. A constant wind may produce clouds which are stable and remain virtually stationary in the sky for long periods. FIND SOME MORE ON THESE CLOUDS HERE 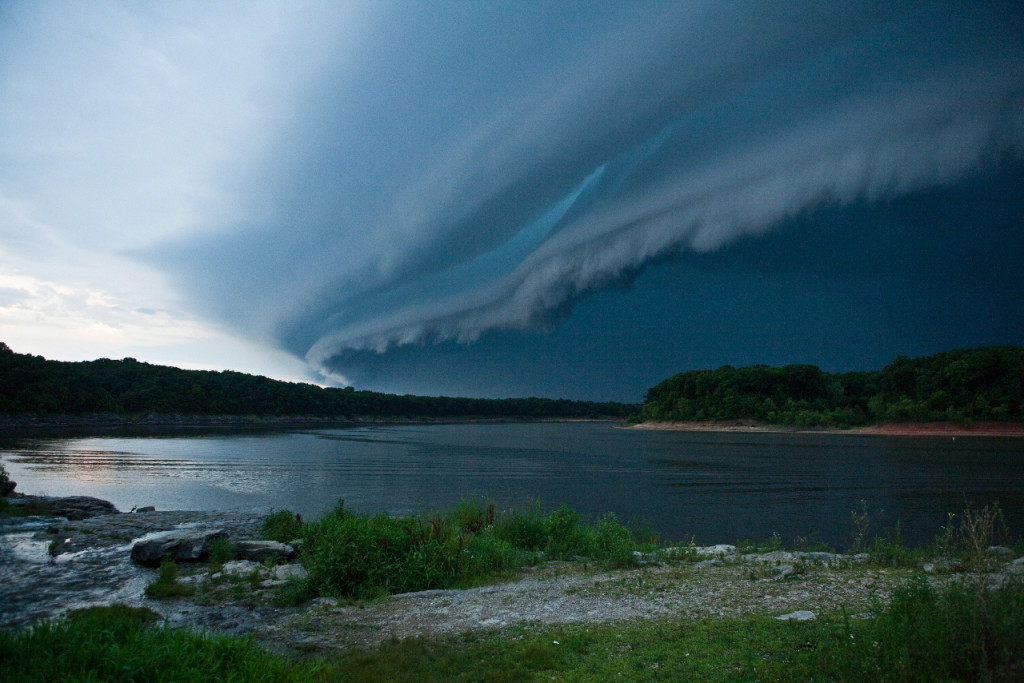 A shelf cloud looming: When seen from the ground they appear as low, wedge shaped clouds and are usually associated with severe thunderstorms. 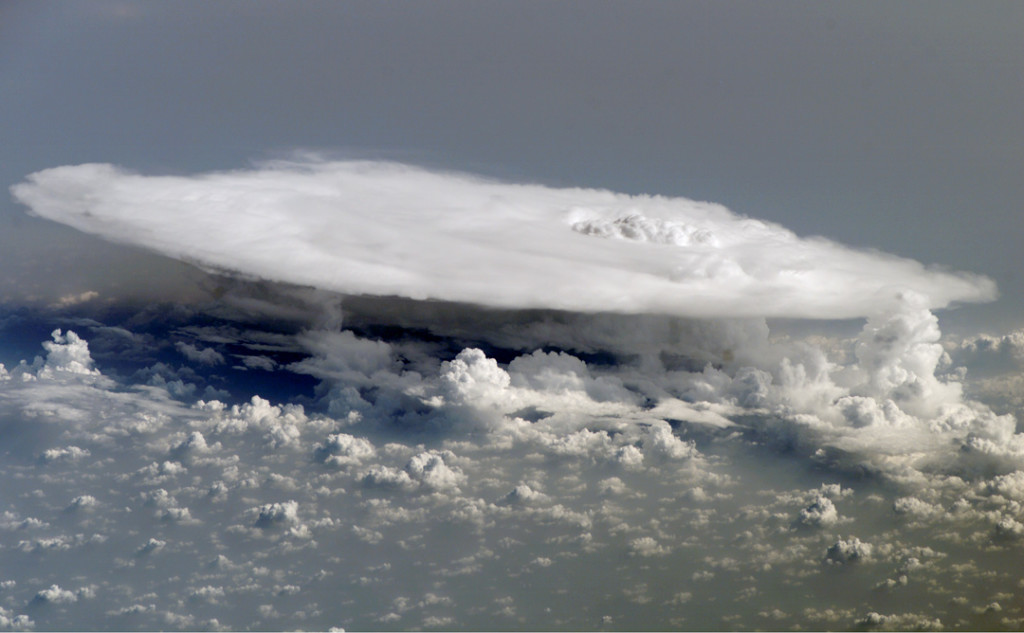 Cumulonimbus cloud over western Africa: Cumulonimbus rise vertically until they hit a natural barrier, known as the tropopause, and then flatten out. They usually herald the onset of a severe storm. In this image taken from the International Space Station several cumulonimbus towers are seen beneath the main cloud. 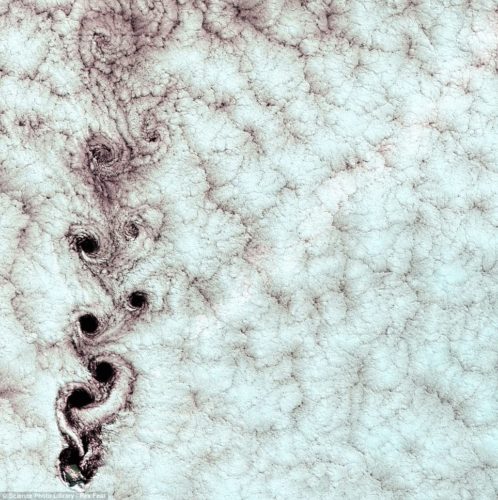 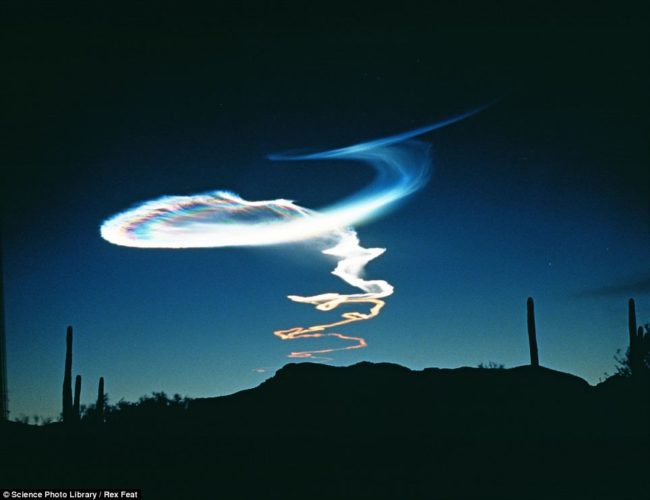 Noctilucent clouds are crystals of ice hanging around 80km high in the atmosphere that catch the light of the sun long after it has set on the horizon. The cloud in this image was formed from the exhaust of a missile launched from a distant firing range. 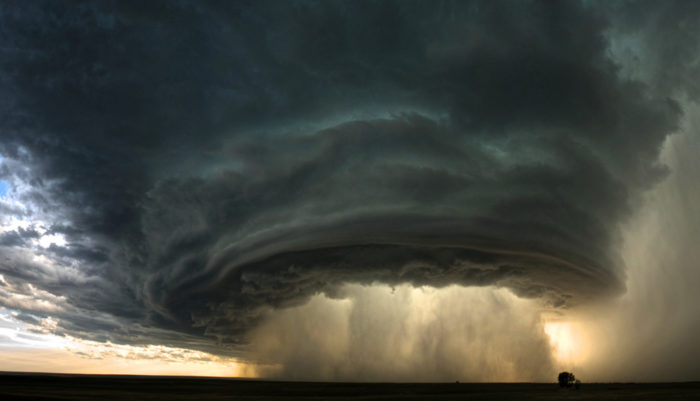 Supercell thunderstorm: Inside these severe long-lived storms the wind speed and direction changes with height. This produces a strong rotating updraft of warm air (a mesocyclone) as well as a separate downdraft of cold air. Around a third of supercells produce tornadoes and are termed tornadic. 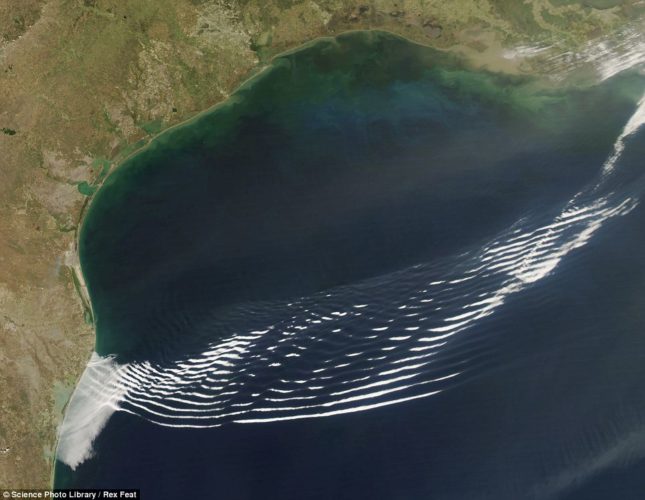 Gravity wave clouds over the Gulf of Mexico, off the coast of Texas: The distinctive ripple-like clouds usually form over the ocean. The ripples are caused by the movement of a high pressure area and its cold front. Dense air was pushed upwards into the less dense air above it, forming the crest of the wave. Gravity pulls the dense air back down, forming the trough. This image was taken by the Moderate Resolution Imaging Spectroradiometer (MODIS) instrument on NASA’s Aqua satellite. 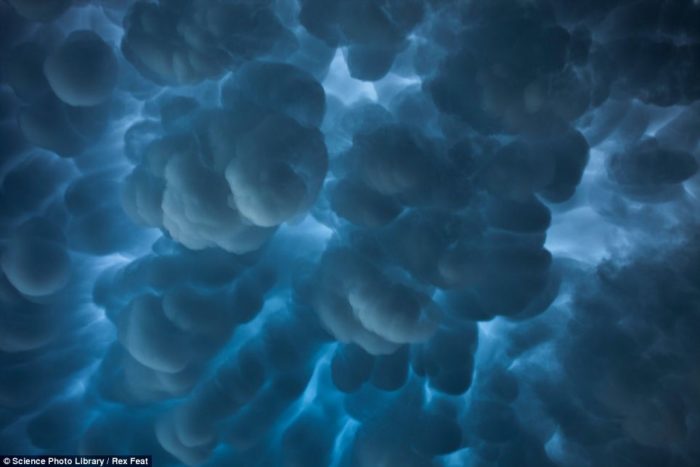 Mammatus clouds over northeast South Dakota: Mammatus, also known as mammatocumulus (meaning ‘mammary cloud’ or ‘breast cloud’), is a meteorological term applied to a cellular pattern of pouches hanging underneath the base of a cloud. The name mammatus, derived from the Latin mamma (meaning ‘udder’ or ‘breast’), refers to a resemblance between the characteristic shape of these clouds and the breast of a woman. They associated with severe storms. 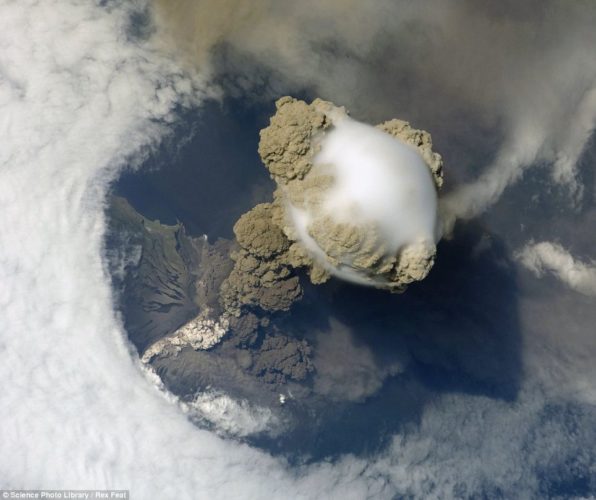 Pileus cloud above the Sarychev volcano as it erupts, in the Kuril Islands, Russia: Pileus clouds are small clouds that form on top of a bigger cloud. In this photo a pileus cloud (centre) has formed above a cloud of volcanic ash from the Sarychev volcano. A large plume of smoke, steam and ash is erupting from the volcano while pyroclastic flow of denser ash descends the volcano sides. The snap was taken by astronauts aboard the International Space Station. 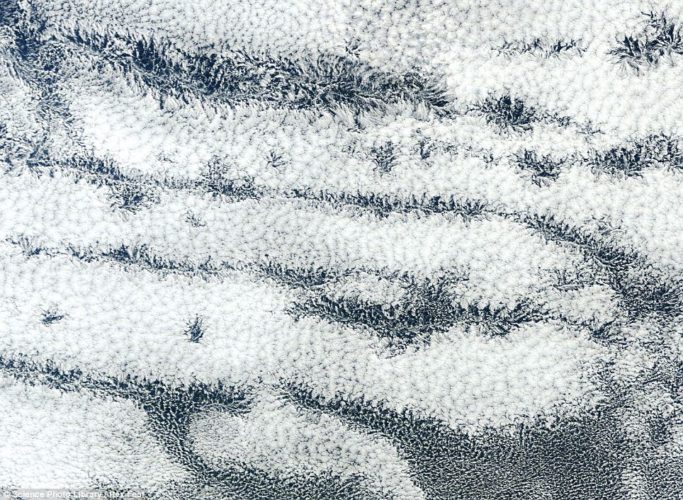 Actinoform clouds: Visible from space, actinoform clouds form ray like patterns over hundreds of kilometres. They are associated with drizzle and gloomy weather. 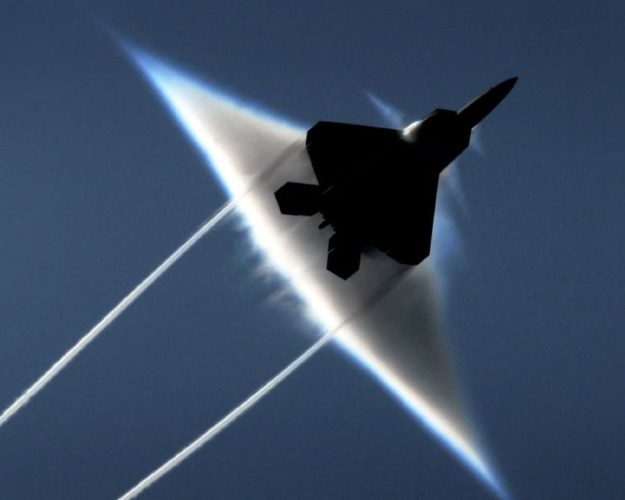 Sonic boom cloud created by an American F-22 Raptor over the Pacific Ocean: This F-22 Raptor fighter jet is not flying through a cloud, instead, it created the cloud by accelerating towards the speed of sound. As the aircraft moves through the air, an area of low pressure forms behind it. When the pressure of this air parcel falls below the vapour pressure of gaseous water, the water in the air condenses to form the cloud. Different conditions cause the phenomenon to occur at different aircraft speeds. 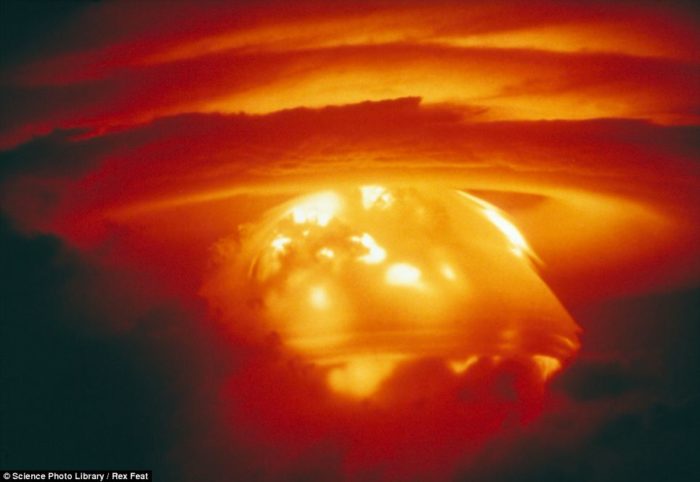 The last kind of cloud you want to see: Bikini Atoll, H-Bomb test explosion, May 21 1956. When an atomic weapon is detonated the chain reaction heats the ground to an extremely high temperature, which causes hot air and debris to rise into a column. Cooler air gets sucked in to the column, which creates an inward spiralling vortex (the mushroom cap) until it falls back down again, raining lethal radioactive debris over anyone and anything left below.

HERE A LINK TO THE SPECTACULAR FIRE RAINBOWS