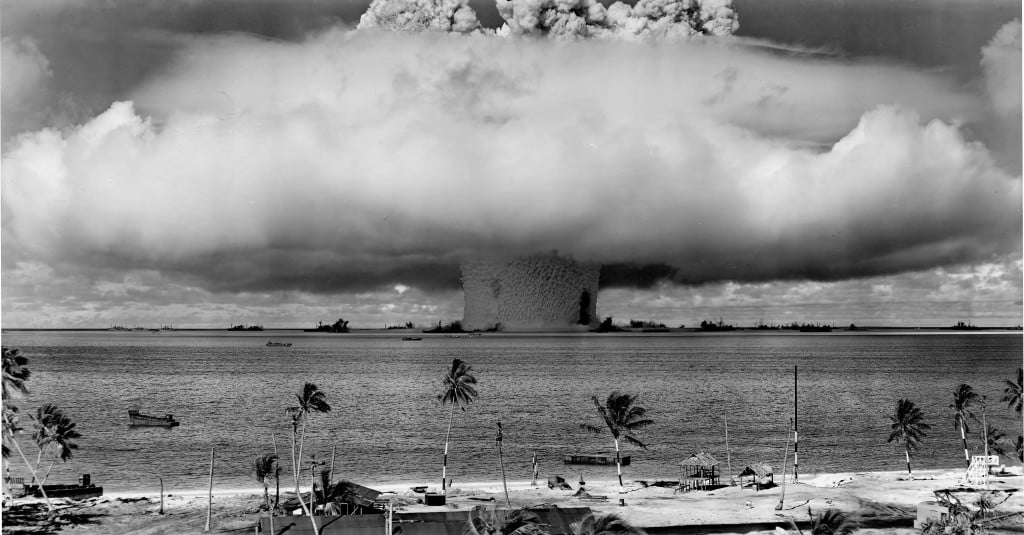 Underwater explosions are, in general, much more dangerous than those in air.  This amazing video from Kazutaka Kitagawa from the Aichi Institute of Technology shows an underwater blast at 30,000 fps, the shock waves generated and how they shrink and expand bubbles.

A little explanation: During the initial blast, a hot sphere of gas expands outward in a shock wave. In air, some of the energy of this pressure wave would be dissipated bycompressing the air. Since water is incompressible, however, the blast instead moves water aside as the bubble expands. Eventually, the bubble expands to the point where its pressure is less than that of the water around it, which causes the bubble to collapse. But the collapse increases the gas pressure once more, kicking off a series of expansions and collapses. Each bubble contains less energy than the previous, thanks to the loss of pushing the water aside.

Well now you better understand why the french Muruora atolls are not in the best shape!