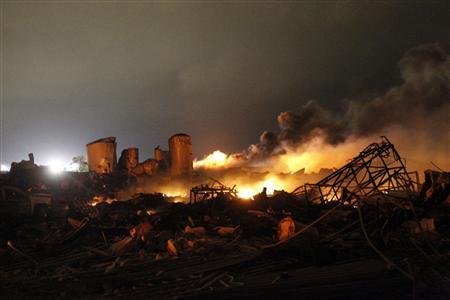 A huge column of smoke rising up into the sky after the huge explosion at fertilizer plant in West, a small town in the US State of Texas 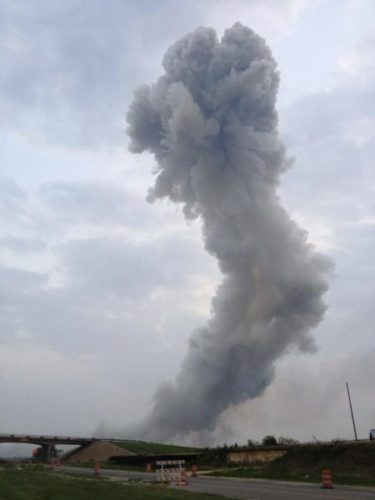 A fertilizer factory has exploded in the small Texas town of West, Texas. Although the scale of the disaster is still unclear, the head of the local emergency medical service speaks of 60 to 70 dead and hundreds injured.

Explosion of an ammonia tank in a fertilizer plant in texas 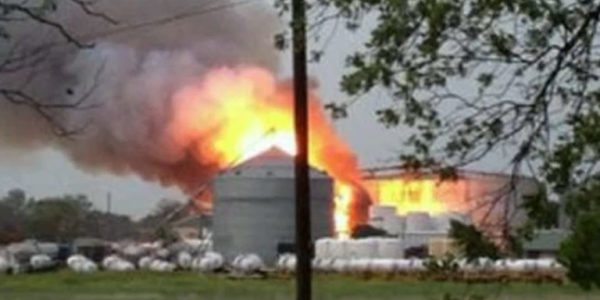 According to U.S. authorities, several hundred people have been injured and possibly several dozen people died in a severe explosion at a fertilizer plant in West, Texas killing up to 70 people. CNN officially confirmed two deaths.

Impressive video of the explosion, which according to eyewitnesses had the “extent of a nuclear bomb”:

Six helicopters and dozens of ambulances are now onsite to fight the fire and transport injured to nearby hospitals. West’s residents are requested to get into cover since the explosion of a second intact, but overheated fertilizer tank is imminent. A first aid camp has been established on a nearby sports field. A complete mess prevails around the factory and in town.

Several houses got spontaneously on fire after the blast 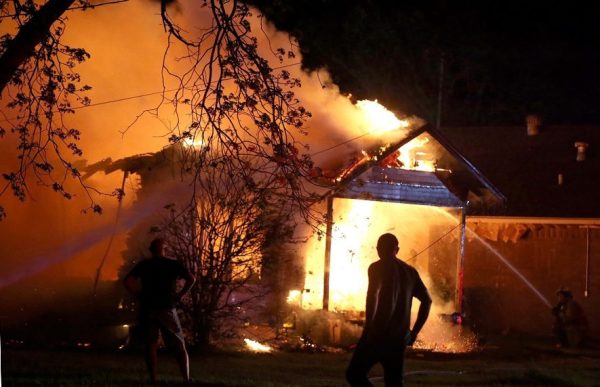 Up to a hundred houses appear to have been damaged or destroyed by the blast. Tremors were felt up to 30 miles around and windows were broken in a perimeter of several miles. A nearby school building got on fire and almost collapsed.

Other buildings were damaged or destructed by the blast. 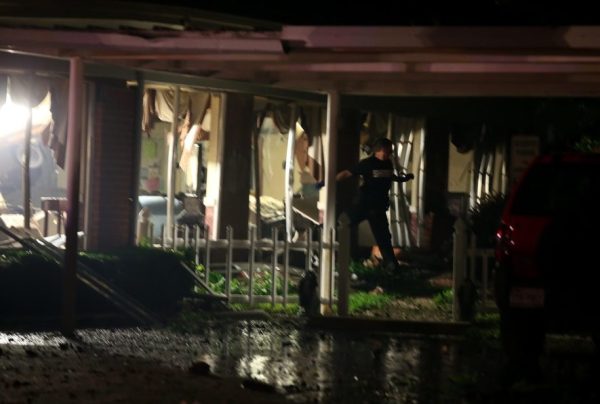 The reason for the explosion in the West’s fertilizer factory remains unclear. The fire broke out in an ammonia tank. Firefighters were already on-site before the blast. So, an uncontrolled fire is probably at the origin of this Hiroshima-like explosion. It is feared that at least three firefighters died in this explosion. 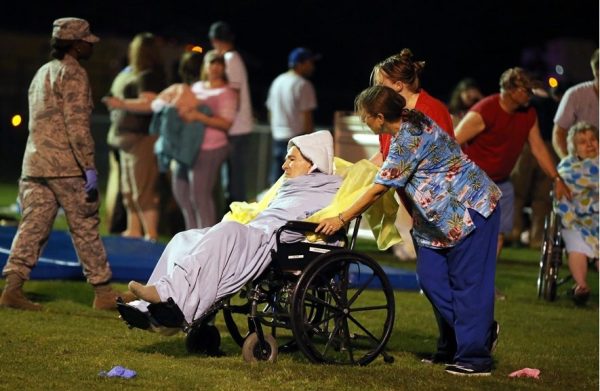